CNES – Space in France with CNES

Space in France with CNES

Since its creation in 1961, CNES (Centre National d’Etudes Spatiales), the French Space Agency, develops and implements the French space policy with the support of the Ministry of Defense and the Ministry of Superior Education and Research.

The important budget of CNES (2 780 M€ in 2020, amongst which 1 400 M$ of contribution to the European Space Agency), illustrates that space is among the highest priorities of the French government. With an annual budget of 36 € per capita, the budget that France allocates to civil space activities is the 2nd highest in the World, behind the United States.

Being at the crossroads of Research and Industry, CNES also supports the French space ecosystem, from big traditional players to small startups, in their conquest of international markets. CNES is also an investor in many commercial enterprises, bringing in the support of the government to strategic commercial activities.

True vector of innovation boosting employment, 80 % of the budget of CNES goes back to the French space industry and to research laboratories to develop new technologies, supporting some 20 000 workers in France.

CNES has always aimed its space policy toward international collaboration, including through the development of more than 70 international partnerships with established spacefaring nations (in which CNES Representatives are permanently stationed) as well as with new emerging players.The space collaboration between France and the United States is one of the most historical and iconic: France is the number one partner of the United States in Space and vice-versa.This cooperation which benefits government actors as well as commercial and academic players, encompasses scientific and operational aspects:

CNES Office in the United States

CNES has a permanent office in Washington D.C. since 1965! Located in the Embassy of France in Washington D.C., the office has the dual role of representing CNES in the United States and counseling the Ambassador of France in the United States on space related matters. The CNES Office also works closely with the department of Science and Technology of the Embassy of France as well as with all the other departments of the French diplomatic services.

The Useful Links and Websites 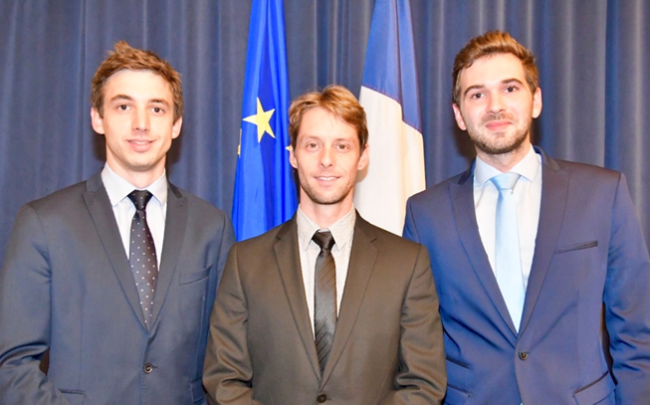 From left to right :

Other CNES Representatives around the World