On July 20, the Office for Science and Technology (OST) of the Embassy of France in the United States held its fourth episode in the Cities of Tomorrow webinar series, focusing on transport development in France and the US.

For this fourth event, the OST has collaborated with Nacima Baron, Professeur at the Paris School of Urban Planning and researcher at City, Mobility, Transport laboratory (LVMT) from Université Gustave Eiffel, and Isabelle Gournay, a French native who recently retired from her job as Professor at the University of Maryland (UMD). Together, they had the pleasure to invite Alain L’Hostis (Université Gustave Eiffel) and Gerrit Knaap (UMD, National Center for Smart Growth Initiative) who gave different insights into the challenges of constructing and implementing new major transport infrastructure such as railways.

LVMT is a joint laboratory from Ecole des Ponts and Université Gustave Eiffel which aims at addressing the interactions between city and transportation. All kinds of movements are considered, from the commuting movements to the non-constrained ones (e.g. leisure and tourism). The laboratory works on several axes of research, such as urban mobilities, territorial dynamics, city-transport interactions and physics of traffic. Overall, research programs at LVMT fit into the larger Urban Futures LABEX.

Paris and Washington: two capitals learning from each other for the development of rail infrastructures

Nacima Baron and Isabelle Gournay started out the webinar with a presentation of the ongoing collaboration between UMD, based in College Park, MD near Washington, DC and Université Gustave Eiffel in Paris. This fruitful collaboration of nearly 10 years has led to several seminars in Washington and Paris, a series of joint articles, and an upcoming book on Transit-Oriented Development (TOD).

Previously, in webinar 3.1, we explored the opportunities and challenges offered by developing electromobility in an urban context. The French-American collaboration presented in this webinar explores and compares challenges faced by cities who want to reduce the use of private cars and promote a more sustainable urban development by developing station districts.

The development of new public transport infrastructure raises huge challenges, in part due to path dependency. In addition to the study of the railway structures itself, there is a need to understand its social and economic impact including, for instance, rising prices in the real estate market, exclusion or integration of communities, and so on. New mobilities may also transform how transport hubs are used, potentially giving them a new dynamic or eliminating them. The comparison between Paris and Washington DC is especially fruitful as both metropolises are planning new metro ring lines in systems that are currently designed as star networks: the Metro Line 15 of the Grand Paris Express and the Purple Line in Washington.

Focusing specifically on e-scooters as a new mode of transportation for accessing regional train, Alain L’Hostis’ presented a series of studies he leads with colleagues on the relationship between station hubs and new mobility in the PACA Region, in Southern France. The ongoing research looks at the mobility behavior and intermodal use of e-scooters in conjunction with train services on the regional railway line between Marseille and Cannes. This work leverages SNCF‘s (France’s national state-owned railway company) studies made in preparation of the construction of a new high-speed line between Marseille and Nice. 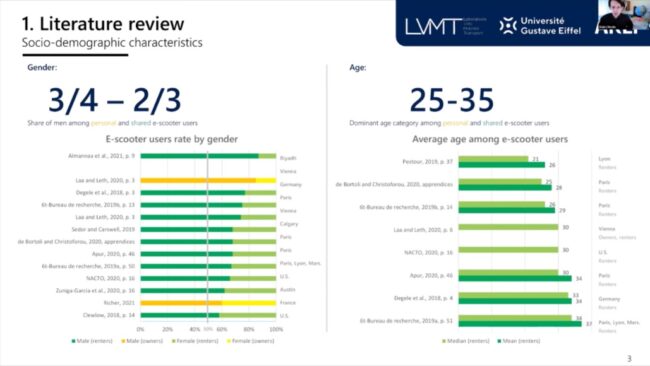 The use of e-scooters is a recent object of research and could be part of the answer to improve access to public transportation, and a way to achieve low-carbon mobility overall. In France, most e-scooter trips are intermodal and coupled for the most with public transport. However, an analysis of the recent literature on the topic shows that there is an imbalance in the type of users for this mode of transportation: 70% of users are male, and they tend to be in the 25-35 age group (students and high-skilled young professionals). The literature review also reveals that e-scooters appear to be a « full transport mode », meaning that it is used for a wide range of purposes (commute to work, recreational, shopping). Data collected in relation with COVID-19 but also during strikes show that there is an increase in the use of e-scooters when other means of transportation become unavailable, hinting at the resilience . 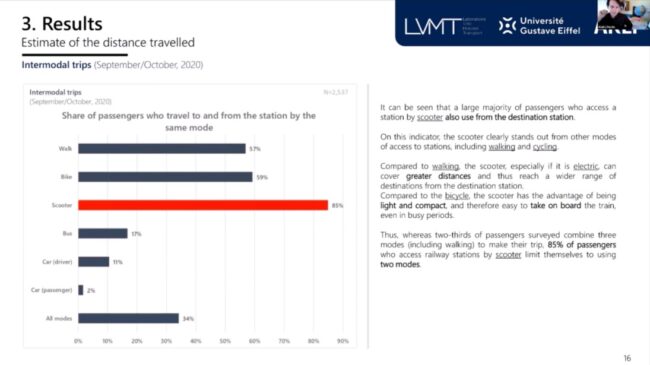 Figure 2 : Share of passengers who travel to and from a railway station by the same mode

The survey conducted by SNCF in the PACA region shows some similarity but also striking differences in the mobility behavior of e-scooters users when compared to other modes of transportation. There are also some similarities between bike-and-ride and scoot-and-ride mobilities but, on average, e-scooters users tend to travel higher distances than pedestrians and smaller distances than cycling users. The fact that e-scooter users ride them at both ends of their trip represents the main difference with bike-and-ride. In PACA, e-scooters may become a useful complement to the first and last-mile of public transport: this means of transportation offers a great opportunity to travel easily when you get off the train.

In the last part of Alain L’Hostis’ presentation, he emphasized that current urban design features around railway stations are disproportionate. Using Google Earth images, his team was able to quantify that 66% of the public space is dedicated to cars, while these vehicles make up only about 1/3 of the feeder trips to the station. Walking is the dominant way to access a station, then comes private cars, then bikes (3%) and scooters (2%). Therefore, it is suggested that public spaces around station areas should be redesigned to offer greater accessibility for walkers, bikers and users of scooters. 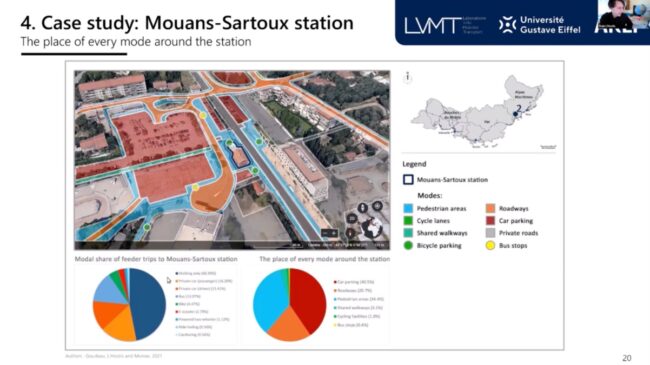 Figure 3 : The organization of space around the Mouans-Sartoux station

The debates following this first presentation emphasized other factors to consider to explain the differences between bikes and e-scooters uses, especially in the peri-urban areas around the stations. For instance, more studies could be conducted on the relation between density and mode of transportation. To gain a fuller perspective, other factors such as the topography of the environment studied (presence of slopes for instance) as well as the level of income of users should be explored.

Gerrit Jan-Knaap’s teams conducted similar works in the United States and they drew the same conclusions. They also identified two other influential parameters : tourism, which is a reason for the heavy utilization of scooters, and the necessary use of credit cards to access shared scooters infrastructure, which provides further explanation on the profiles of the users.

The Purple Line Corridor Coalition (PLCC):  a unique example of organization aimed at developing a sustainable and equitable transit corridor

Following the detailed study of Alain L’Hostis, Gerrit Jan-Knaap gave us an overview of the in-depth involvement of UMD within the major project of the Purple Line.

The purple line is a new light rail line transit under construction in the North-Eastern area of Washington DC metropolis. As the first circumferential line in the “star” network of Washington DC, it will connect and complement existing networks that pass through moderate density suburban land. An estimated 69.000 citizens will use the line in 2030, and it should remove 17.000 cars off the road on a daily basis. 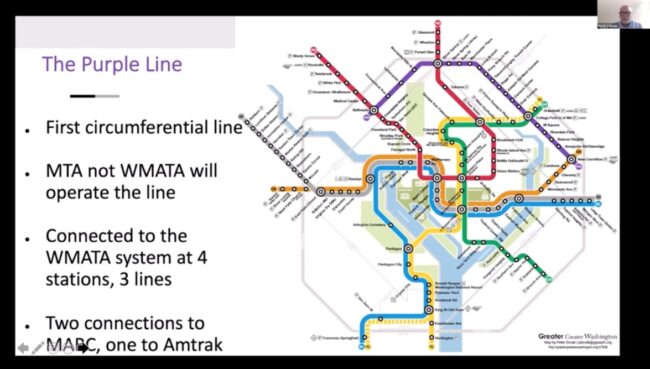 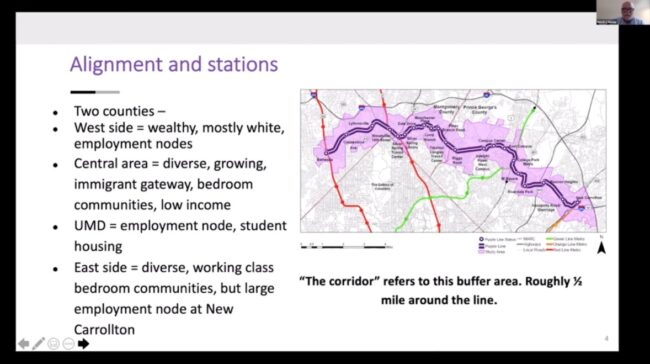 Figure 5 : The corridor around the constructing Purple Line

In order to maximize the benefits of this huge transit investment, the University of Maryland created a coalition with the main local actors. It is especially useful as the coordination challenges around the line are huge: it is implemented in two counties, and it will be connected to the existing metro, bus and train networks.

The Purple Line Corridor Coalition or PLCC was launched in 2013 as a multi-sector coalition gathering, among others, the University of Maryland, the local counties governments, immigrant advocacy organizations, and affordable housing organization. They signed the Community Development Agreement (CDA) in order to build more a sustainable corridor along the line, and to go “beyond the tracks” through four main goals:

In order to support advances of the CDA agenda and make progress on all four areas described above, the PLCC also established an Equity Leadership Council which helps connect policymakers and legislators at the federal, state and local level to create a supportive policy environment favorable to an equitable community development.

Among the PLCC’s successes so far, it managed to collect $5M in grant from JP Morgan Chase’s PRO Neighborhoods investment program for affordable housing, $2M from the Federal Transit Administration to draft a TOD plan for the entire corridor, and as over $5M were invested in affordable housing through Kaiser Permanente, a health care company which recognizes the impact of housing for public health.

The University of Maryland appears to be a key player in this coalition. In addition to its indispensable support in the coordination of the multiple actors, UMD provides several tools to oversee the construction and its consequences in the corridor. The data dashboard provides a snapshot of the area and its evolution, regarding labor market, local businesses, neighborhood identity and housing choices. Data collection started before the line runs. As a consequence, it will help local authorities to measure and monitor the impacts of the line. The GIS multifamily housing data is also a powerful tool to monitor the evolution of rents. It has already shown its utility as rents began rising especially around new stations. Using a software called Sugar Access (now CUBE Access), researchers can forecast different scenarios of accessibility evolutions, to measure new access to jobs, healthcare, etc. Finally, the Mapcraft tool helps planners to identify the real estate projects that will become financially affordable thanks to the development induced by the Purple Line.

All these matters will be as many axes of work for the PLCC in the years to come, to make sure the Purple Line benefits the inhabitants of the greater Washington, DC area from all kinds of social classes.

Nacima Baron concluded the seminar by synthesizing the huge challenges of urban planning around new or refurbished transport infrastructures and emphasized the benefits of transatlantic collaboration. Technology is evolving rapidly: new mobility solutions are emerging that change user behavior and transform we think about transport. At the same time, new digital tools are being developed in order to map, model and visualize these new realities. But beyond trying to play catch up with technology, there is also a strong need for both retrospective and prospective long-term analysis. Indeed, it is important to acknowledge that the inherited structural dimension and the current morphology of cities create a deep path dependency that can constrain the transformation of cities and makes planning transitions difficult. Implementing new infrastructures that can adapt with the existing ones or trying to change user behavior through urban design interventions are not easy tasks.

In the end, whether we take the more technologically-led or the more structuralist perspective on planning transport infrastructure, it is critical that we keep in mind the overall objective of increasing public value through planning, that we remind ourselves to follow a user-oriented vision and to design for user participation in the planning process. Reflections on the way we plan, and for whom we plan should be a constant focus.

In this sense, the experiences shared through this webinar are very useful, not only for reflection and research but also as elements for advocating change to policymakers and various stakeholders in both France and the US.