Energy Observer, the first round the world hydrogen-powered vessel about to arrive in California! 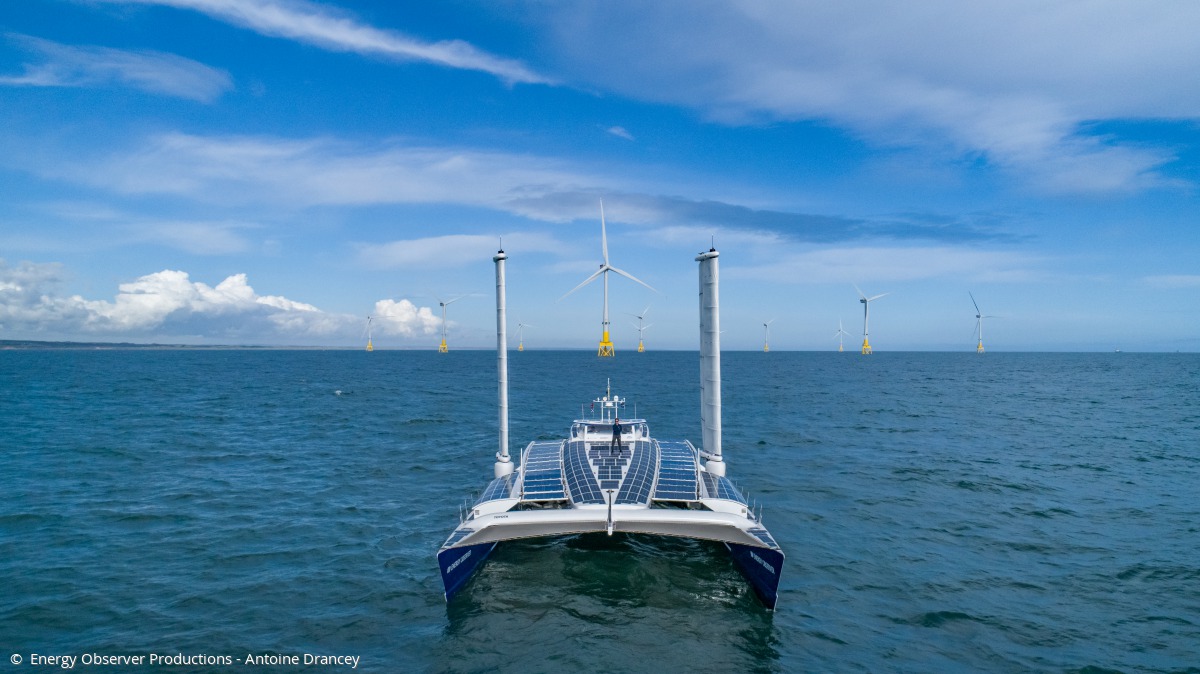 The first vessel powered with renewable energies and hydrogen, a French ambassador for the UN’s Sustainable Development Goals, will make landfall on the Californian coast on 22 April 2021, after a 1-month sea passage from the Galapagos Islands, a Unesco biosphere reserve. Energy Observer will make a stopover in Long Beach and then San Francisco, before continuing on her journey to Hawai'i.

It is a prime opportunity for the crew, headed by Victorien Erussard, to document the numerous initiatives fronted by the state of California, a leader in hi-tech systems, sustainable energies and innovations for ecological transition (hydrogen and electric mobility, smart grids, carbon capture and climate risk management…).

These stopovers will showcase this quite unique laboratory vessel and in so doing share its missions with the general public, local authorities (cities of Long Beach and San Francisco), French consulates, as well as cultural and scientific protagonists like the Exploratorium of San Francisco, the SOA (Sustainable Ocean Alliance) and Energy Independence Now.

Manufacturers in the hydrogen and sustainable energies sector like California Fuel Cell Partnership will rally together around these stopovers alongside the odyssey’s partners Accor, Toyota, CMA-CGM, Air Liquide and Engie.

Energy Observer, a quite unique boat

In the 4 years since setting sail from her port of registry of Saint Malo in 2017, Energy Observer has been navigating the seas on a round the world Odyssey scheduled to run through to 2024. She has already covered over 30,000 nautical miles, made 63 stopovers, 15 of which have included her travelling educational village, and visited 29 countries. Developed from a legendary multi-award-winning catamaran, Energy Observer is a laboratory for ecological transition designed to push the envelope with regards zero-emission technologies. From hydrogen to sun, wind and tidal power, all manner of solutions have been experimented with, tested and optimized to make clean energies a practical reality that is accessible to all.

“Energy Observer is an experimental platform for tomorrow’s energies. She is an intelligent, revolutionary boat which navigates the oceans without damaging the planet. Her electric propulsion is fueled by renewable energies: sun, wind and marine currents. However, what makes her unique is her capacity for storing her energy in the form of hydrogen produced from seawater, a technology which enables her to navigate the globe entirely self-sufficiently. Today, it’s important to give innovation meaning and use it to overcome the challenges that humanity is facing.” – Victorien Erussard, Captain and founder of Energy Observer 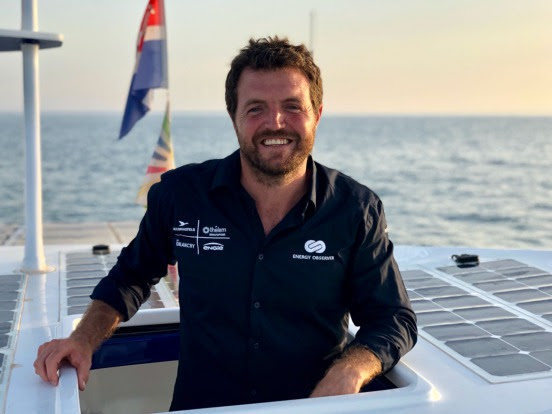 An Odyssey to accelerate energy and ecological transition

In light of the multiple challenges humanity is having to face up to worldwide, the main missions of the Energy Observer expedition consist of accelerating transition through innovation, by demonstrating how well the on-board technologies and energy mix work in extreme environments and how they can be duplicated on a wider scale both on land and at sea.

As the primary French ambassador of the 17 Sustainable Development Goals, this circumnavigation of the globe also aims to explore all the solutions that favor ecological transition and raise awareness among all the public audiences, decision-makers and manufacturers about this necessary transition through a series of inspirational and educational content (documentary films, web series, scientific articles and a travelling exhibition…). 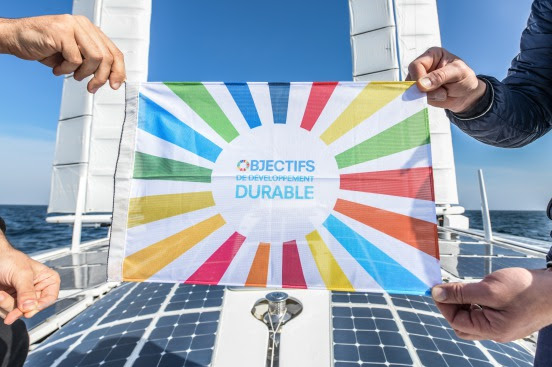 Today, this region is demonstrating a remarkable pioneering spirit in terms of energy and ecological transition, especially so in a country which is the number one producer of hydrocarbons in the world.

With its megacities and its oil industry, the State of California is particularly exposed to climate change and its effects: water stress, big fires and the saturation of air particles, etc. As such, the State has changed course and is now investing heavily in sustainable solutions with bodies like the CCI (California Climate Investments), setting the most drastic standards in terms of emissions, controlled by the CARB (California Air Resources Board), to become an international reference. Hydrogen is being rapidly employed along the entire Californian coast, with the world’s highest concentration of cars running on hydrogen (more than 7,000 in 2019) and a target of 5-million zero-emission vehicles in 2030, compared with 350,000 today.

Los Angeles has witnessed the design of the first hydrogen-powered lorries, a fuel that’s now a regular at numerous service stations and it boasts a new generation of entrepreneurs, designers and pioneers who are inventing tomorrow’s world.

This positioning and energy naturally resonate a great deal with the messages conveyed by the Energy Observer Odyssey. 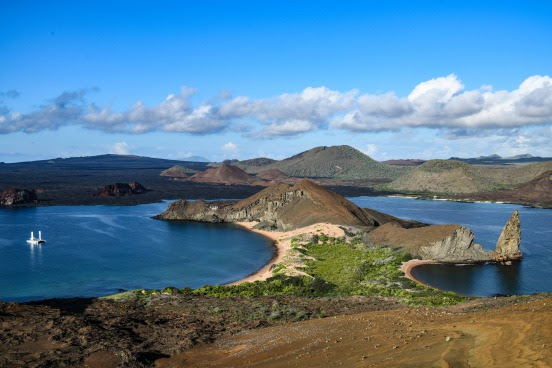 The Energy Observer project was born in 2013 from the commitment of Victorien Erussard, merchant navy officer and ocean racer. Aware that it is now vital to commit to saving the planet, he assembled a complementary team of sailors, scientists, engineers and reporters in order to create the first self-sufficient vessel capable of drawing its energy from nature whilst also preserving it.

The dream became a reality 4 years later, when the Energy Observer ship was launched for the first time. Developed from a legendary catamaran, Energy Observer is a laboratory for the ecological transition, designed to push the limits of zero emission technologies. Hydrogen, solar, wind, and water power, all solutions are experimented with, tested and optimised with a view to making clean energy a practical reality that is accessible to all. Criss-crossing the oceans to meet those coming up with sustainable solutions for the planet every day, Energy Observer has become a movement, a round-the-world Odyssey, where every stopover is an opportunity to learn, to understand and to share these different forms of energy.

Energy Observerr has received the High Patronage of Mr Emmanuel Macron, President of the French Republic. As the first French ambassador for the UN’s Sustainable Development Goals, it is officially supported by the Ministry for the Ecological Transition, UNESCO, the European Union, Irena and Ademe.