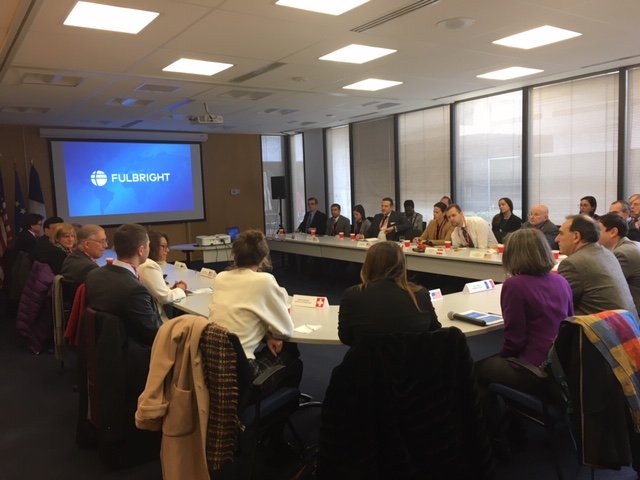 Dr. Lisa Bernstein and Stephen Money discussed the international exchange opportunities through the Fulbright Program for scientists, researchers, graduate students, and faculty in the United States and partner countries throughout the world.

The Fulbright Program is the flagship international educational exchange program of the United States government, designed to increase mutual understanding between the people of the United States and the people of other countries. The Program is funded through an annual appropriation made by the U.S. Congress to the U.S. Department of State, with contributions from partner governments and host institutions, as well as foundations and other private-sector organizations around the world. The Fulbright Program awards approximately 8,000 fellowships annually to graduate students, scholars, teachers, artists, and professionals from all backgrounds and fields, to teach, study, and conduct research in over 160 countries.

The U.S. Senate established the Fulbright Program in 1946, under legislation introduced by the late U.S. Senator J. William Fulbright of Arkansas. The program is administered by the United States Department of State’s Bureau of Educational and Cultural Affairs (ECA). More than 390,000 Fulbrighters have participated in the Program since its inception over seventy years ago. Alumni of the program have gone on to achieve distinction in all sectors, including government, science, the arts, business, philanthropy, and education. Among the ranks of Fulbright alumni are 60 Nobel Prize recipients, 72 MacArthur Foundation Fellows, 86 Pulitzer Prize winners, and 37 current or former heads of state or government. By creating individual, institutional, and community networks and partnerships, the Fulbright Program had had, and continues to have, a significant and lasting impact at local, national, and international levels. 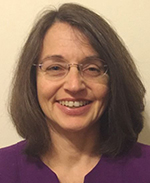 Lisa Bernstein is an Academic Exchange Specialist with the U.S. Department of State’s Bureau of Educational and Cultural Affairs (ECA). As a program officer in the Europe and Eurasia branch, she oversees the Fulbright international exchange program in countries throughout the region, as well as other ECA-sponsored programs. Her current portfolio includes Austria, Croatia, France, Germany, Italy, Malta, and Switzerland. Dr. Bernstein holds a master’s degree in German Literature and Linguistics, and a Ph.D. in Comparative Literature. She has lived in France and Germany, and speaks French, German, and Italian. 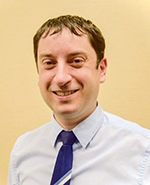 Stephen Money is the Deputy Director of the office of Academic Exchange Programs, part of the Bureau of Educational and Cultural Affairs at the U.S. Department of State, where he works on the Fulbright Program and other U.S. government-sponsored exchange programs. Prior to joining the State Department, Mr. Money administered Fulbright exchanges for scholars and teachers at the Institute of International Education, and worked in the international admissions office at American University. Mr. Money has a B.A. in International Studies from Vassar College and an M.S. in European Studies from the London School of Economics.