OneOceanScience, a digital world tour of ocean and climate science. 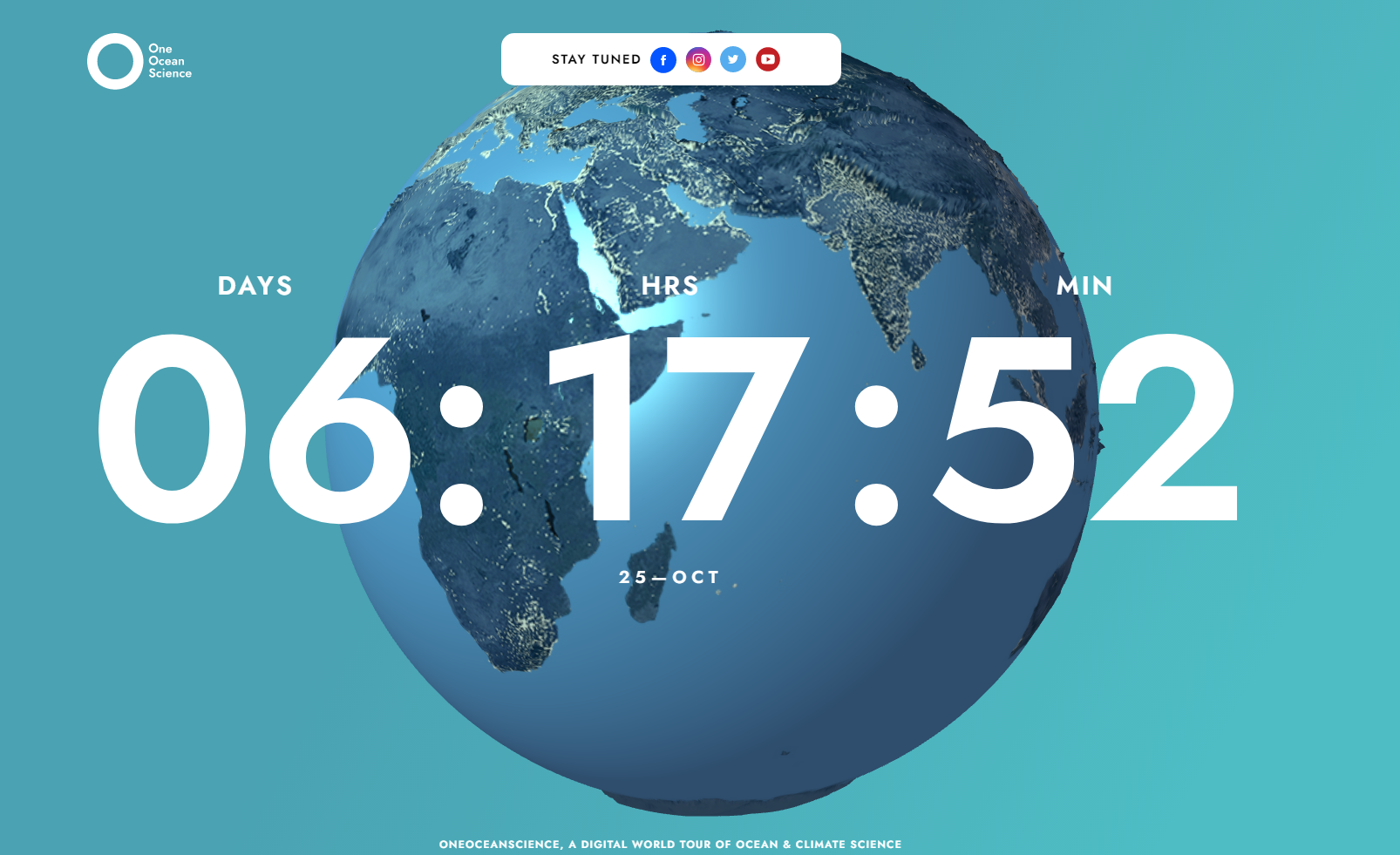 Organized by the French Research Institute for Marine Science and Technology (IFREMER) with the support of the French National Center for Scientific Research (CNRS) and the French Institute of Research for Development (IRD), the main objective of this campaign is to raise awareness amongst the general public

OneOceanScience will highlight the mobilization of researchers around the world to describe and understand the interactions between the ocean and climate and to propose solutions to fight the climate crisis.

More than thirty foreign scientific institutions have agreed to participate, we thank them all warmly for their contribution.

Launched the week before COP26, this digital world tour is supported by the Ocean-Climate platform and will open Ocean Action Day at COP26, on November 5, 2021.

OneOceanScience is part of the Ocean-Climate priority research program funded by the French National Research Agency (ANR), and we’re delighted to be endorsed by the United Nations Decade of Ocean Sciences for Sustainable Development.

Besides, OneOceanScience also benefits from the exceptional support of the European Space Agency and the astronaut Thomas Pesquet who, from the International space station, will give us his vision of the ocean from space and express his support to scientists.

In order to maximize our campaign audience and support the research conducted by scientists around the world to better understand and protect the ocean, CNRS, IRD and IFREMER have invited their partners to join this movement by sharing the content of this digital campaign.