On September 23, the Office for Science and Technology (OST) of the Embassy of France in the United States launched a series of webinars on the future of cities. The objective for this series of events is to open a dialogue between academics in France and in the US on the importance of security and trust in the digital age, and in particular for designing the cities of tomorrow. These online events are conceived as regular sharing spaces where research projects from both sides of the Atlantic can be highlighted and where there can be a confrontation between different approaches and perspectives on the development of new tools and strategies that strike a balance between safety, inclusion and innovation.

With the current pandemic, this should be seen as the first step towards an in-person event to take place in 2021 that adopts the French-American Innovation Day (FAID) format in Washington, DC.

For this first event, the OST had the pleasure to host architect and urbanist Philippe Chiambaretta, the founder of Paris-based architecture firm and research lab PCA-STREAM, as well as Kent Larson, director of the City Science Group at MIT Media Lab. We could also count on the precious participation of Arnaud Grignard as moderator. Arnaud is a French researcher at the City Science Group and specializes in complex systems modelization and information visualization.

Philippe and Kent started out this webinar by presenting the iconic project which is an exploration of how the Champs-Elysées could be reimagined. This project is an illustration of how current digital technologies can be used to help rethink and co-invent public spaces, with citizens and users, towards a more inclusive, more sustainable and more desirable city. Started in 2018, the project led to the publication of a study Champs-Elysées, histoire & perspectives, an expo at the Pavillon de l’Arsenal in Paris which opened in February 2020 (a digital version of the expo is available here) but also a public consultation organized by the civic tech startup Make.Org.

In his presentation, Philippe specifically insisted on the concept of urban metabolism (ville-métabolisme) and the necessity of seeing the city as a system, with data connecting the different urban stacks, to allow for monitoring and adapting different urban strategies and interventions. 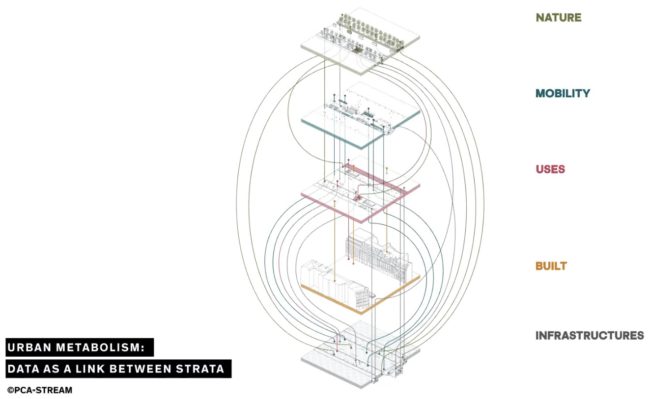 He continued by giving different examples to show how old methods and new tools can be used together to produce richer a richer understanding of urban  places. For instance, the study of old maps of the Champs-Elysées from the 17th to the 20th centuries was useful to help build a short movie retracing the evolution of the most iconic avenue in the world. In this short movie, we can readily observe how the built environment slowly took over nature.

Traditional surveys have shown that over time, Parisians and other people living in the greater Paris area Avenue have slowly fallen out of love with the iconic Avenue which was once a symbol of progress. Looking beyond this increasingly negative attitude towards “the Champs”, the use of new and existing data (from roaming smartphones data to air and sound quality to temperatures and so on) but also their visualization on maps have allowed urban thinkers to confront perception and cold hard facts.

Apart from its usefulness in studying what already exists, digital tools can also allow us to better think about the future by use of sophisticated simulations and the testing out of various scenarios of urban interventions. This in particular is where the MIT’s technical expertise came into action and contributed to the project through modeling and data analysis.

In the last segment of his exposé, Philippe Chiambaretta focused on the lower zone of the Champs-Elysées, around the place de la Concorde, where he shared a vision of what this avenue could transform into in 2030. Designed collaboratively with the users, the new Champs-Elysées is greener, more accessible and provides greater amenities that respond to the needs of Parisians and visitors. 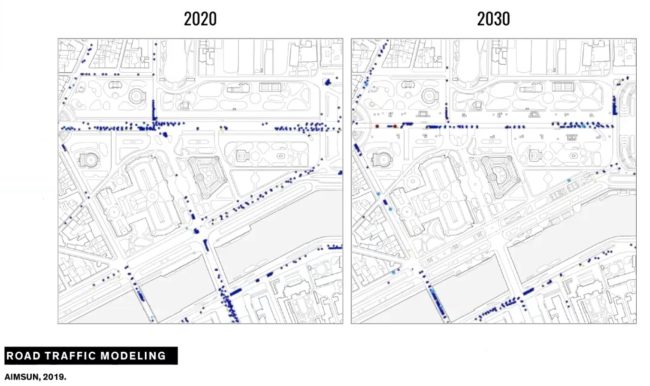 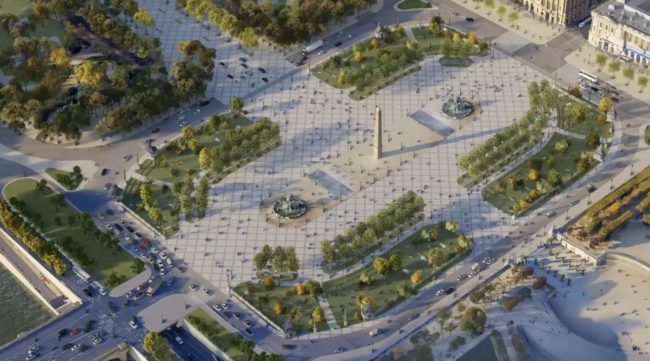 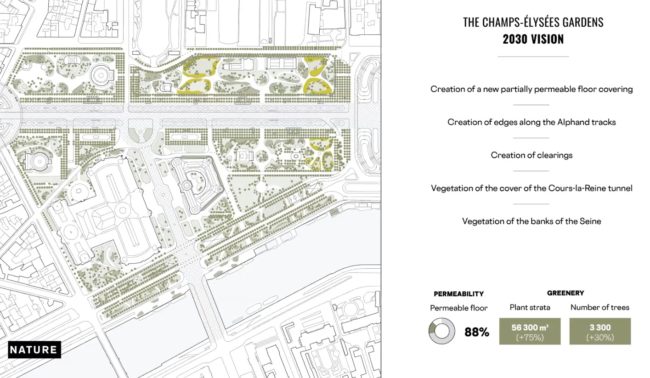 City Science Group : a center of expertise at MIT to think about the future of cities

Following Philippe Chiambaretta’s brilliant presentation, Kent Larson gave us an overview of the various projects developed by researchers at the City Science Group. He also talked about various novel concepts that draw from emerging technologies but ultimately help us rethink the way we relate to cities. A key idea of the research group is that the major challenges that we are facing in the current era, whether it be climate change, public health and other societal issues, are best dealt with at the local level of cities. However, in order to do this, cities have to be designed not for machines as has been done in the past few decades but designed for people and communities. 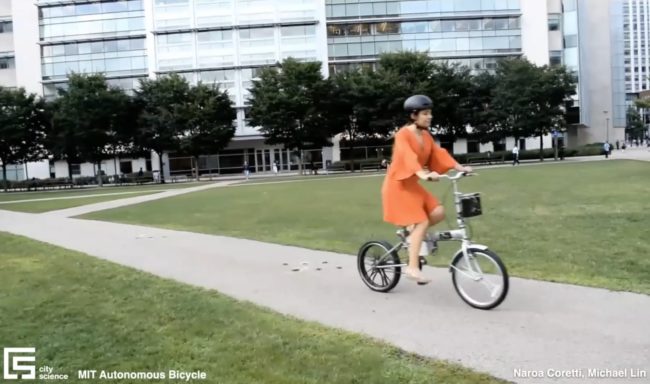 With this spirit in mind, the City Science Group developed an approach called “Cities WITHOUT” which is an invitation to think about multiples aspects of urban life from Mobility without Cars, Housing without Rooms and Access without Ownership which could help make housing more affordable, increase the diversity of housing available through the redesign of in-door space and furniture or the tokenization of access and property rights, but also the concept of Harmony without Zoning which relies on algorithms to help decide land use.

While the WITHOUT approach seem provocative, it is far from being a repudiation of technology or modernity but rather an opportunity to question the relevance of antiquated structures and to “[imagine] a future without top-down and increasingly obsolete urban systems, [but] with lightweight, distributed, autonomous systems”. [You can find more information of the upcoming event October 7-9, 2020: City Science Summit Guadalajara – The Power of WITHOUT]

During his presentation, Kent Larson also talked about the collaboration between the City Science Group and PCA-STREAM on the Champs-Elysées project. In the pictures below, we can for instance see the various tools that have been developed and fitted for the project which includes a physical model of the Avenue that architects, designers but also visitors of the expo or public decisionmaker, can interact with to see the real-time impact of their modifications on the various urban systems in the city. This interactive model is an incredible tool that can help to evaluate various urban policies and strategies, and to pick the most appropriate course of action when redesigning cities. As testimony of the strong ties between the City Science Group and France, another project was also cited: in this case, Arnaud Grignard had led a similar study focused on the city of Lyon and the district Confluence.

Looking ahead, Kent Larson ended his presentation by mentioning the partnership between MIT City Science and the UN around resilient communities and the Sustainable Development Goals. He also talked about the City Science Network as a group of cities which have set up urban living labs to experiment new ways of thinking about cities. About a dozen of cities worldwide have already joined including the cities of Helsinki, Toronto, Guadalajara or Shanghai. 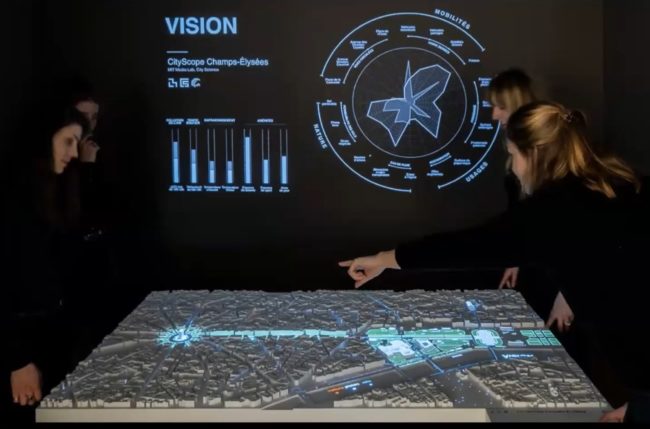 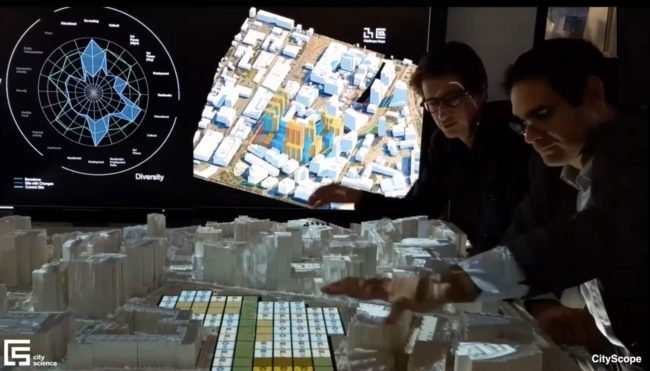 Université Gustave Eiffel : preparing for the transformation and adaptation of cities

In the second part of the event, Claude Marin-Lamellet, Deputy VP for International, gave an overview of the newly created Université Gustave Eiffel (Uni Eiffel).

Created on January 1st, 2020, Uni Eiffel is the alliance of various higher education institutions in France : the university Paris-Est Marne-la-Vallée (UPEM), the Paris-Est School of Architecture, the École des Ingénieurs de la Ville de Paris (EIVP), the National School of Geographic Sciences (ENSG), ESIEE Paris, the French Institute of Science and Technology for Transport, Development and Networks (IFSTTAR). The objective for the university is to become an international centre of excellence in the field of sustainable cities.

This presentation was an opportunity to describe the vast network of institutes and world-class infrastructures (16 institutes et 23 research labs) that make up the university and that are spread out across the whole country. Claude Marin-Lamellet also highlighted the wide range of academic opportunities (undergraduate, graduate and PhD) and opportunities for joint research at the international level. 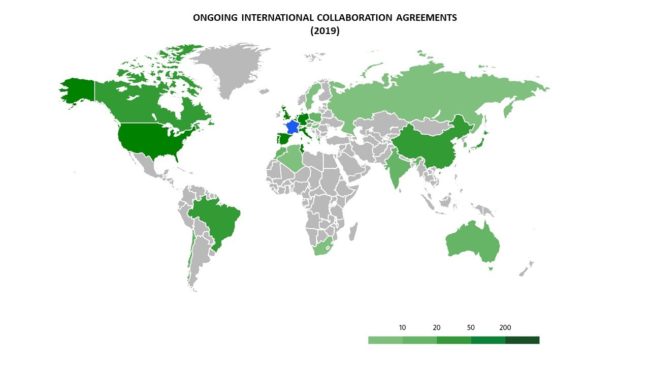 Claude Marin Lamellet also presented the I-SITE FUTURE (Label d’Université d’Excellence, university of excellence label) project which the university is coordinating in partnership with another university Paris Est Sup and the engineering school Ecole des Ponts ParisTech on the topic of cities of tomorrow. Labelized in February 2017, the project will last for 10 years, with a probary period of 4 years during which it will receive about 30 millions euros of budget. The development of scientific and educational partnerships is one of the main priorities for I-SITE FUTURE.

Next steps and upcoming webinars

For the launch event, more than 375 people registered and over 200 joined in on the day. Beyond France and the US, many colleagues from other regions tuned in, including researchers from Asia-Oceania, the Americas and Europe, which shows the global interest in the future of cities in the digital age. A recording of the presentations is available through our website by [clicking here].

But this is just a beginning, we invite all our colleagues in France or in the US who are working on these topics and who would like to participate in our next events to reach out to us. More specifically, contacts have already been made with researchers for the next webinars to discuss : (a) the resilience of cities and risk management, (b) inclusive cities et (c) the future of transportation.