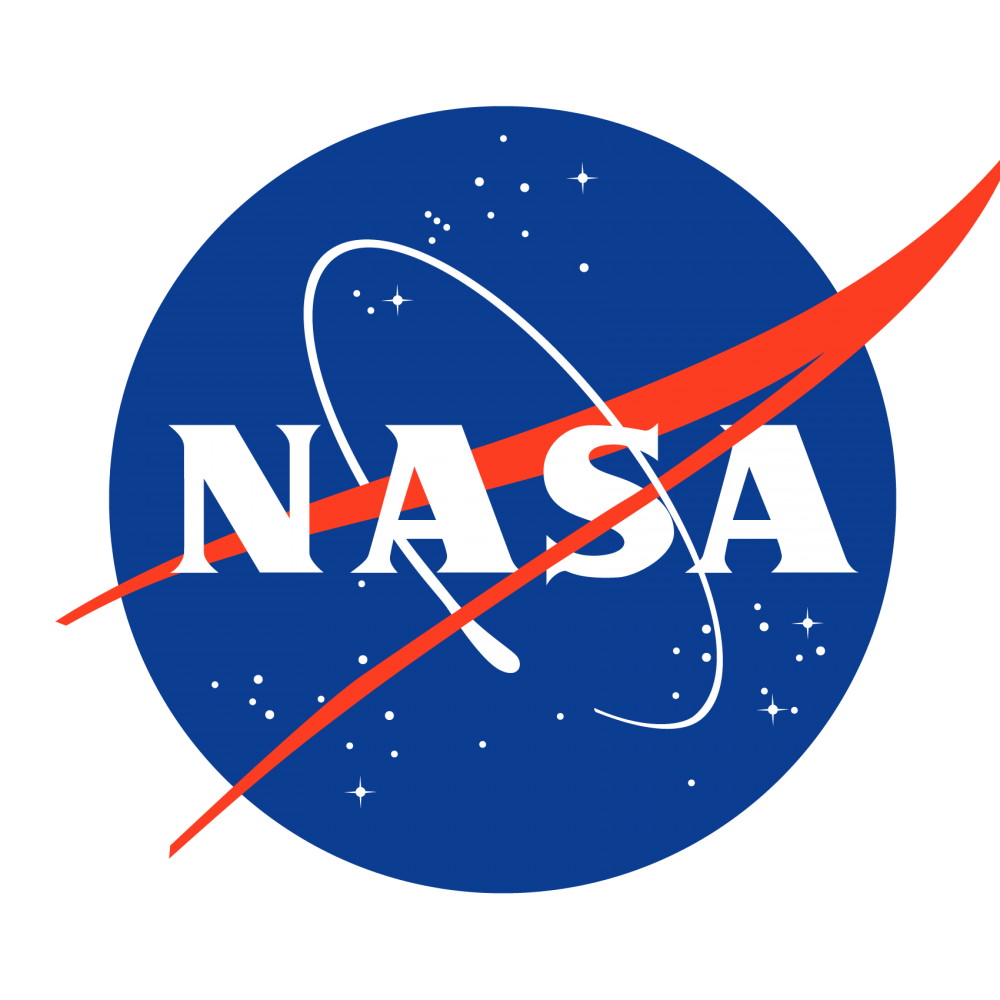 The Committee recommends $21,545,740,000 for the National Aeronautics and Space Administration (NASA), which is $809,600,000 above fiscal year 2018. The level of interest in NASA human spaceflight programs and robotic missions continues to grow, and the funding recommendations described below support current robotic and future human exploration programs, and the science, research, technology development, and advanced manufacturing activities necessary to send robotic missions and humans safely beyond low Earth orbit and on to Mars. The funding in this bill also provides NASA with a balanced portfolio to realize advances in safe and efficient air travel, partner with industry, and engage with academia. The Committee is concerned that despite record investments in NASA, significant slips in both human and robotic missions are occurring. These slips are intolerable and must not continue. The Committee expects NASA and its industry and academic partners to redouble efforts to enhance oversight and commitment to success in order to ensure that programs come in on time and within budget.

Moon exploration.—The recommendation fully funds the Moon exploration initiatives requested throughout NASA but includes bill language limiting obligation of these funds until a multi-year plan, with specific goals and funding requirements by fiscal year, is submitted to the Committee. The Committee believes that without firm goals and specific years by which to achieve those goals, programs could drift and languish. The Committee notes how clear mission goals and deadlines can galvanize an agency and a nation behind that mission. The Committee supports additional lunar exploration and partnerships with industry and academia that will ensue as a result of these new missions and believes that efforts focused on the Moon will serve as risk reduction activities toward human exploration of Mars. The Committee believes that human and robotic exploration of Mars and other destinations in our Solar System and beyond must be the goals of NASA—that striving to go farther into space pushes NASA and its academic and industry partners to be bold and aggressive. While the Committee is supportive of renewed focus on the Moon, these programs must not exhaust funding for other science priorities recommended by the National Academies Decadal Survey process.

Long-term planning.—The request includes significant new funding to support NASA’s proposed Moon program. However, notional outyear budgets to implement this new initiative and the wide range of other ongoing and anticipated future decadal missions are unrealistic. The Committee is supportive of efforts focused on the Moon as well as current robotic missions to Europa and Mars; moving forward with a refocused WFIRST; and building a hypersonic research aircraft. These and many other NASA missions and programs inspire the nation and spur the next generation of scientists and explorers. The Committee directs NASA to submit realistic outyear budgets that show the level of investment required in future years to accomplish the variety of NASA missions and refrain from submitting budgets that are not executable in a timely fashion, as they serve only to hinder effective long-term planning which in turn results in higher overall program costs.

Program and project totals.—The Committee’s program and project recommendations for NASA are included in the consolidated funding table below and in narrative direction throughout this report. The Committee reminds NASA that any deviations from the amounts included in the table below are subject to section 505 requirements of this Act. When executing its budget for fiscal year 2019, NASA shall incorporate the funding levels established in both the table and the narrative direction. NASA is reminded that comity has existed between the Congress and the Executive Branch with respect to abiding by language included in this report and in the accompanying bill. The Committee expects NASA to respect this long-standing practice.

The recommendation includes $1,900,000,000 for Earth Science programs. Within amounts provided is $131,900,000, as requested, for the NASA-ISRO Synthetic Aperture Radar mission.

The recommendation includes $2,758,500,000 for Planetary Science. One of the primary recommendations of the National Academies’ 2012 Decadal Survey for Planetary Science was for NASA to achieve a balanced program through a mix of Discovery, New Frontiers, and flagship missions, and an appropriate balance among the many potential targets in the Solar System. The Committee continues to urge NASA, in subsequent budgets, to ensure that it requests sufficient funds to support such a balanced, steady cadence of missions. Further, the Committee expects NASA to request sufficient funds for Research and Analysis to ensure that science data collected by NASA can be fully exploited by scientists and researchers. Planetary protection.—The Committee is aware that planetary protection requirements for each NASA mission and target body are determined based on scientific advice from the Space Studies Board (SSB), National Academies of Sciences, Engineering, and Medicine, and on NASA policy, which is guided by international technical standards established by the international Committee on Space Research. In general, the Committee understands that if the target body has the potential to provide clues about life or prebiotic chemical evolution, a spacecraft will be required to meet a high standard of biological and chemical cleanliness and/or some operating restrictions will be imposed. The Committee is aware that the SSB issued an interim report on these matters and looks forward to the publication of the final report. NASA and its academic and industry partners must take all necessary precautions with respect to ensuring planetary protection.

The recommendation includes $1,029,000,000 for Astrophysics. The recommendation includes $83,400,000, as requested, for Astrophysics Research and Analysis. The Committee recognizes that exciting scientific discoveries often come from data evaluated after a mission’s initial surveys are complete. This funding enables maximum scientific value to be derived from these missions and leverages existing data sets that inspire new discoveries.

The recommendation includes $304,600,000 for JWST, which is the same as the request and $229,100,000 below fiscal year 2018. The Committee notes that NASA notified the Committee about an anticipated schedule breach and potential cost breach for the JWST program. Given continued problems with JWST, the Committee retains a separate line item for this program to ensure visibility. The Committee is very concerned about the issues that are emerging at this late stage of JWST development and expects NASA to report to the Committee on a regular basis regarding efforts to ensure that this launch does not slip further. The Committee expects NASA to increase its level of oversight and expects private sector partners to be diligent in ensuring that all proper procedures are followed. The Committee reminds NASA that this program was rebaselined in 2011 and provided with a robust $8,000,000,000 development cost cap that acknowledged how ambitious and difficult JWST is as a mission. These slips in the launch schedule are an enormous disappointment to the Committee. The Committee understands that NASA has commissioned an independent review of JWST and expects to receive the results of this review as soon as possible.

The recommendation includes $688,500,000 for Heliophysics. This amount includes $26,000,000 to continue science operations and data archiving for the Magnetospheric Multiscale mission.

The recommendation includes $44,000,000 for Science Mission Directorate (SMD)-wide EPO activities. NASA shall, in the fiscal year 2019 spending plan, allocate these funds proportionally among the SMD divisions, resulting in a dedicated budget line for each division’s EPO activities.

The Committee recommends $900,000,000 for Exploration Research and Technology. This amount fully funds the request except for the Human Research Program, which remains in the Deep Space Exploration Systems account. The Committee recognizes and supports that the presently independent status and separation from specific missions enables this account to support the development of a wide array of various technologies across NASA’s portfolio. This diverse portfolio contains technology development activities that have broad applications beyond human exploration and that help to meet the agency’s science objectives, establish new commercial and academic partnerships, and stimulate the growth of the nation’s technology sector.

The Committee recommends $5,083,900,000 for Deep Space Exploration Systems, which is $293,900,000 above fiscal year 2018 and $525,100,000 above the request. The Government Accountability Office (GAO) shall continue its review of NASA’s human exploration programs, specifically the SLS program, the Orion program, and Exploration Ground Systems, to include the mobile launch platforms, and including integration and software development issues that cut across these programs. GAO shall provide periodic updates to the Committee. In addition, the Committee expects GAO to begin evaluating NASA’s proposed lunar-focused programs—including the Lunar Orbital Platform—as part of its semiannual assessment of NASA major projects when a lunar-focused project is expected to have an estimated life-cycle cost over $250 million. Separately, GAO shall also evaluate all of the new lunar focused programs in-depth as appropriate—similar to how GAO has reviewed the James Webb Space Telescope and Human Space Exploration programs—to ensure that they are following best practices in terms of program management, defined missions and goals, and executable and affordable budgets. GAO and the NASA Office of Inspector General (OIG) should coordinate their in-depth reviews of the lunar programs to ensure there is an ongoing review by either the GAO or IG of the exploration, planetary, and space operations lunar programs.

The Committee recommends $90,000,000 for Education, which is $10,000,000 below fiscal year 2018 and $90,000,000 above the request. The Committee expects NASA to continue implementing the programs below and to ensure that overhead costs to support these programs do not exceed five percent.

CONSTRUCTION AND ENVIRONMENTAL COMPLIANCE AND RESTORATION

The Committee recommends $562,240,000 for Construction and Environmental Compliance and Restoration, which is the same as fiscal year 2018 and $174,040,000 above request. This robust level of funding will enable NASA to modernize critical assets, improve mission assurance, reduce mission risk, and maintain mission essential capabilities.