University rankings and international collaborations: research at the heart of expectations 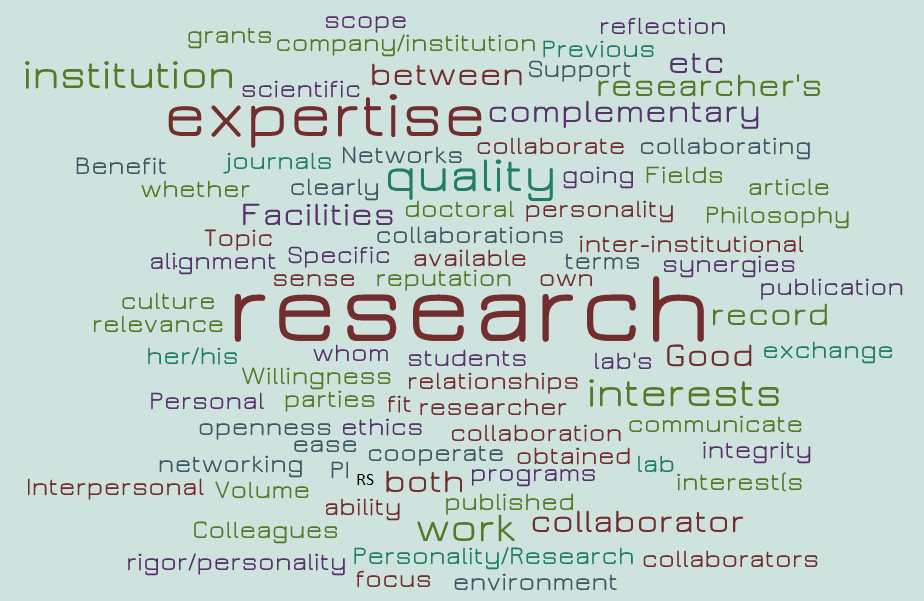 Results of a survey on the role of university rankings and criteria considered for international collaboration, according to researchers from Arkansas, Oklahoma, Louisiana and Texas.

Science is often conducted through national and international collaborations, but how do U.S. laboratories choose their partners? How important are university rankings in these choices? A survey was conducted to learn, through a qualitative and quantitative approach, some of the approaches related to the use of university rankings by American researchers in the sector covered by the Office for Science and Technology at Houston, which includes Arkansas, Oklahoma, Louisiana and Texas.

A questionnaire was designed and sent to U.S. researchers affiliated with universities in these four states. The information obtained includes the title of the respondent (e.g., Assistant Professor, Associate Professor, Dean, Professor, Provost, etc.); the types of university rankings (ARWU, THE, etc.) with which respondents are most familiar; the frequency of use of these rankings when seeking academic partnerships; and other criteria they feel are important to consider when looking for an academic collaboration.

In order to reach a statistically representative number and thus extract potentially robust results, 410 contacts were solicited by email or via social networks between November 2 and 13, 2020. Of the 63 responses obtained -mainly in Texas-, only responses from: Assistant Professor, Associate Professor, Professor and Researcher (n=37) were considered for this article.

The research activity of the respondents (interactive figure 2) is rather in biology (27%), physics (14%) and engineering (11%).

To the question “What is the university ranking with which you are most familiar? “Similar proportions answered “Times Higher Education” (43%) and the Shanghai ranking list (41%).

To the question “When you plan to establish scientific collaboration in higher education, do you take university rankings into account? “43% answered “rarely” and 27% answered “never”.  Twenty-two percent (22%) answered “often”. Rarely” or “never” responses therefore totaled 70% of the responses, while “always” or “often” responses totaled 24%.

Figure 4: Frequency of Use of University Rankings in a Collaborative Project (NA: Not-Available: data not reported).

Regarding the project to establish scientific collaboration in higher education, the largest proportion (62%) stated that the reputation of the institution was less important than that of the researcher, while only a fraction thought the opposite (8%). Nineteen percent (19%) of respondents felt that the reputation of the institution was as important as that of the researcher. A minority (Other) raised the fact that it was more the scientific level rather than the reputation that would be decisive (5%).

To further understand the criteria leading to a choice of collaboration, respondents were given the opportunity to share their approach. The word cloud below summarizes the chosen focus: research (and not rankings or the organization therefore).

Figure 6: Word cloud of criteria considered when developing an international collaboration. As it is clear from this representation, research is at the center of the concerns (more than rankings for example or the institution).

Reorganizing/synthetizing the textual responses, emerging criteria (Figure 6) are primarily related to the researcher and his/her research, and to a lesser extent to his/her institution:

The results indicate that a majority of respondents are “Professors” (49%), and a relatively large proportion are less senior in their position (“Assistant Professor” and “Associate Professor”).

The research activity of the respondents is divided in similar proportions between biology (27%), and physical sciences (25% composed of: physics (14%) and engineering (11%)).

If the Shanghai ranking is well known in France, the results of this survey indicate that the 2 most familiar university rankings here are the Times Higher Education (43%) and the Shanghai ranking (41%), at comparable levels. Note a lack of response (11%), and a small proportion (5%) who say they are not familiar with these rankings.

We also found that the Leiden and QS rankings were not selected by these categories of respondents. Finally, it is noted that the U.S. News & World Report, publishing annual rankings since 1985 and very popular in the U.S. has not been mentioned in the “Other” section.

Overall (84%), even if the university rankings are known, it is interesting to note that very few respondents (3%) “always” use these rankings when they plan to establish scientific collaboration in higher education. Similarly, the combined responses of “always” and “often” only total 24%. In fact, it appears that the majority say they use university rankings only “rarely” (43%), and that more than two-thirds (70%) use them “rarely” or “never”.

Researchers are constantly called upon to evaluate their own work and that of their peers (for example, when reading research papers, evaluating projects or scientific articles, at conferences, remote ones or not). They may therefore prefer not to have a third party evaluate another researcher in a closely related field. In addition, a ranking assigns a rank at the overall level of an institution, and thus provides elements that may be perceived as of secondary importance in relation to a specific collaboration between 2 researchers.

This trend is reinforced by the word cloud, which shows the preponderance of the word “research” (and not institution, for example) and the many expectations attached to it: quality of research (current but also past work); relevance of the research to the interests of the American researcher; alignment, complementarity and concordance of research; research topics of mutual interest; quality of the research environment (including quality of facilities, scientific quality of colleagues, students).

The institution is taken into account, but to a lesser extent (as seen above quantitatively with the pie charts). In this regard, concerns revolve around institutional interest and support for collaboration, as well as the culture of the institution. They may reflect the American researcher’s concern that the collaboration he or she wishes to initiate will have a chance of success and perhaps even be supported by the foreign institution, which would of course indicate greater chances of a long-lasting collaboration.

In addition to publications, it should be noted that an Internet site can provide elements of an answer to an American researcher likely to collaborate with a French researcher. According to the sites of the participants in this survey, let us note the following headings:

– Research (keywords and brief description of the approach used)

– Publications or Selected Publications (all or a selection of articles with hypertext links pointing to the articles, ideally in open access)

– Lab Members (current team members, but it may also include the future of alumni).

An institutional website, bringing together the different research teams and the above-mentioned headings, or even containing official positions or information on international collaborations, can help to send a positive message to foreign researchers wishing to collaborate.

These data, relating to “Assistant Professor”, “Associate Professor”, “Professor” and “Researcher”, although limited (n=37 responses), restricted both geographically and in terms of the range of positions scanned, suggest that the consideration of international rankings (e.g. Shanghai and Times Higher Education rankings) would play little role in the international collaboration strategies of the universities surveyed.

Developing a collaboration is both a strategic and scientific approach. Indeed, the researcher can only weave a limited number of collaborations to answer a relatively specific scientific question in a given time frame (typically the life span of the project, at a minimum, i.e. 3 to 5 years generally).

As such, a ranking assigns an overall mark to the institution to which the researcher is attached. It is therefore not surprising that the researchers who responded here tend to lessen the importance of the institution. On the other hand, the results of this analysis reveal many expectations regarding the researcher and his research, as well as his work environment or network.

Finally, in general, it should be noted that, ideally, coordination seems desirable between researchers and their institution in order to benefit from the efforts of bottom-up and top-down approaches respectively. By reconciling tactics (in the short term) and strategy (in the medium or long term), the chances of developing relevant and sustainable international collaborations can be increased.

Newer Post
First health check of SuperCam instrument on the surface of Mars
Older Post
Deadline on march 15 and June 20 : Graduate Programmes of excellence in Lille