Julie Castillo is a geophysicist at the Jet Propulsion Laboratory (JPL) of the National Aeronautics and Space Administration (NASA).

Trained as a geologist, she specializes in the study of the interiors of planetary objects, particularly ice-rich objects such as the moons of giant planets and dwarf planets: “It is very interesting to study the information that these objects reveal about the early history of the solar system and the origin of water in the inner solar system. Each of them brings a different piece of the puzzle, and I enjoy trying to put these pieces together! ». The study of these icy objects is relatively recent (late 1970s), following the Voyager missions to the systems of Jupiter and Saturn. She specifies that “these had revealed young objects young and thus surely geologically active: it is a very important aspect for the search for extra-terrestrial life (astrobiology)”. Julie Castillo began her research on Jupiter and Saturn’s moons, but she is now particularly interested in the dwarf planet Ceres, since NASA’s Dawn mission arrived in orbit in 2015. That same year, another NASA mission, New Horizons, observed another dwarf planet: Pluto. Both missions discovered the signature of an ocean inside these two dwarf planets: “It’s something that no one suspected before. These objects are now part of the “Ocean Worlds”, an area of research that is now very active.

A decisive encounter for the researcher’s career path

Native from Nantes, Julie Castillo never imagined she would be doing planetary research. She was the first in her family to go to university, she says: “I was lucky to begin my studies at the University of Nantes when the Planetology Laboratory was founded by Dr. Christophe Sotin – who now also works at JPL”. The student then studied planetary sciences during her undergraduate studies, which led her to obtain a degree in geology and to pursue a thesis in this laboratory. At that time, researcher Christophe Sotin was part of the international Cassini-Huygens mission, and had initiated and organized an international conference in Nantes. During this meeting, Julie Castillo met a NASA researcher who offered to do postdoctoral studies with her on this mission. 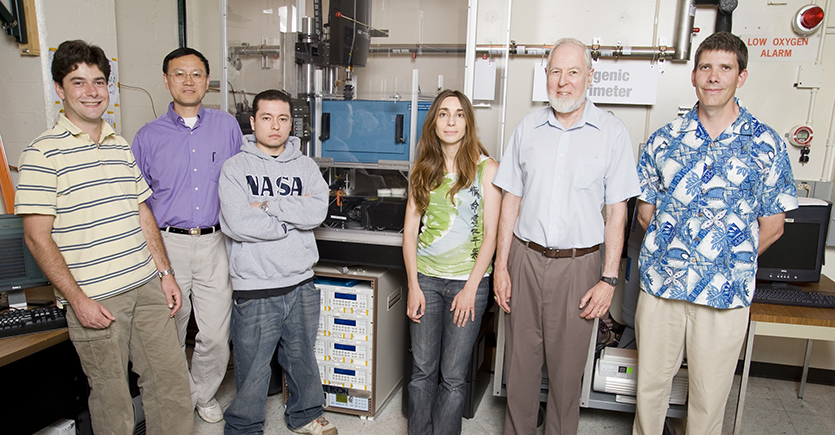 Although they do not influence the trajectories of the planets, some encounters do change the trajectories of some scientists. In NASA laboratories, her activities have led her to work on a variety of missions: Jupiter Icy Moons (JIMO), Titan and Saturn System and some Enceladus orbiter concepts. In 2016, Julie Castillo became the Dawn Mission Science Project Leader, i.e. the person who acts as a liaison between the scientific team and the engineering team. Recently, Julie Castillo has been working on all fronts: she continues to participate in the data analysis of the now completed Dawn mission, to work on the CubeSat Near Earth Asteroid Scout mission, and to prepare a study that will inform NASA’s 10-year space exploration survey. She completes with some very good news: “I am on a mission project – Trident – that has just been selected! It is a mission designed to explore Triton, Neptune’s big moon. Scientists believe that Triton comes from the Kuiper Belt (beyond Pluto) and was captured by Neptune. It would therefore be a dwarf planet that has become a moon. This selection allows the team to deepen the aspects of this mission for the next 9 months. NASA will then choose two projects from among the four missions selected at this stage (two projects targeting Venus and a fourth focusing on Io, Jupiter’s volcanic moon) to allocate it full funding. If the Trident mission is selected, then we will produce the spacecraft between 2021 and 2026. Then it will take about 12 years for the spacecraft to arrive in the Neptune system.” Julie Castillo points out that being able to work at JPL as both a scientist and as an engineer is an important difference and advantage compared to the French research system. In hindsight, she also estimates that the PhD degree is highly valued in the US, while it seems that in France it is more difficult for PhD scientists to find employment outside of research positions at the university – however this is evolving. For this reason, she encourages young people wishing to work on NASA missions to consider coming to the United States for their thesis or postdoctoral studies. She adds “in all cases, students should be encouraged to establish a professional network early in their careers, for example, by attending international conferences.” Perhaps this will lead to an expatriation!

In geophysics, only 10% of the scientists are women

While the researcher points out that only about 10% of the scientists in geophysics are women, she points out opportunities to move towards greater parity. She mentioned the role of the women scientists, particularly in recruitment, enabling other women to join teams on internships or post-doctoral studies. She estimates: “Until very recently, most space missions were led by men. But in the last 10 years or so, there have been more women involved in leading team. She expresses another particularly interesting point: “In general, women form more mixed teams”, in terms of gender, background, origins, etc.Julie Castillo says she has met many inspiring people during her career. In terms of role models, she has had the opportunity to work with women with major roles in space missions. She mentions Linda Spilker, head of the Cassini-Huygens mission, and Bonnie Buratti, her section chief who was also part of the Cassini-Huygens mission. Finally, she mentions scientist Carol Raymond, head of the Dawn mission and with whom she has worked for the last 5 years. “Dawn mission has the most diverse science team of any NASA mission,” she said. This is an aspect that seems important to emphasize because it is a predominantly male scientific universe – even though there are more and more women at JPL in the engineering fields, which NASA is highlighting on its social networks, particularly during Women’s History Month. She hasn’t encountered any major problems of discrimination at JPL she mentions: “On the other hand, at international conferences, it is sometimes difficult to gain respect”. There is still a long way to go.To move forward, she mentions the role of education by parents and through the education system: “It is important that parents encourage their children, girls and boys, to take up scientific careers. There are plenty of activities in the United States (e.g. internships) that allow girls to engage in science and technology at all levels. However, later, it gets to a limit: “At university, there is about the same fraction of women and men in science streams, right up to the thesis. Then during post-doctoral studies, the number of women who remain involved in scientific studies decreases significantly. There is therefore a problem of leakage between the end of the thesis and post-doctoral studies”. According to Julie Castillo, there would be discrimination for women in thesis who want to enter professional life because “laboratories belong to a generation that has been used to preferentially hiring men”. She says: “The situation is going to change, but it will still need to evolve in order for it to be balanced.”