Join us for a novel discussion on environmental challenges and how we solve them, with top scientist Dr. Susan Solomon. 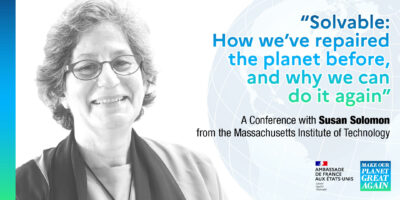 As part of a two-day symposium hosted by the Embassy of France in celebration of the French-U.S. longstanding collaboration in climate and earth science research, Dr. Susan Solomon, a leader in atmospheric science, has accepted to deliver remarks and engage in a insightful conversation on ways to tackle climate change.