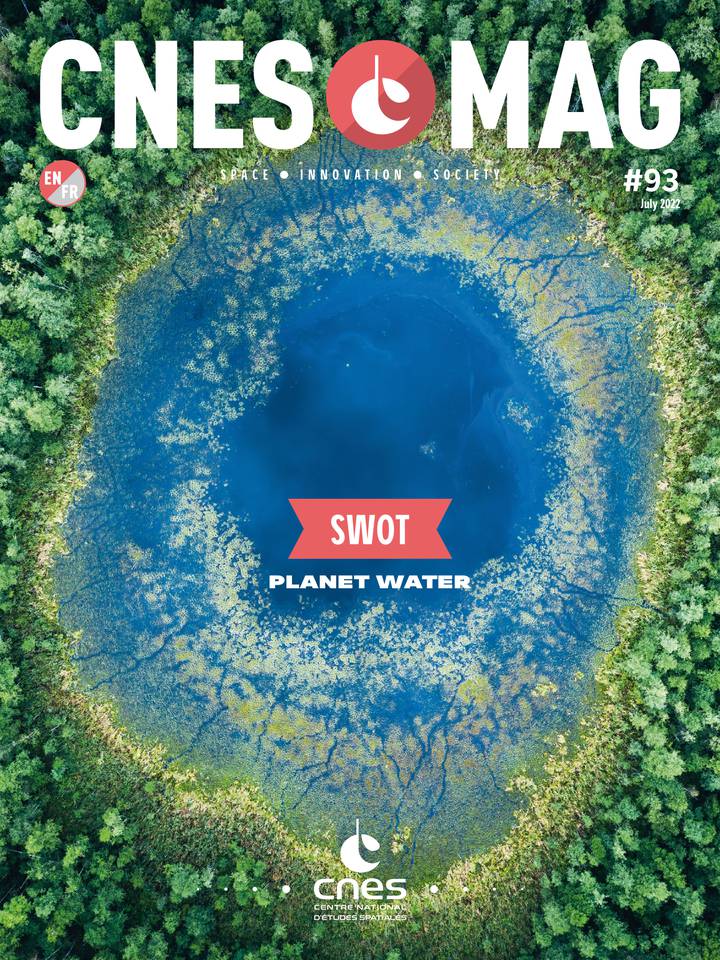 Our planet owes its blue colour and its “blue Marble” name thanks to the oceans covering more than 70% of its surface. But with the disruption of Earth’s climate, we are eyeing the oceans’ health with increasing concern and their role must be defined in greater depth. This is precisely the goal of the French-U.S. SWOT mission. Have a good reading.

The 93th issue of CNESMAG is dedicated to the NASA-CNES SWOT mission.

The Blue Marble is the name coined from the famous photograph of Earth taken in December 1972 by the Apollo 17 mission crew. Our planet owes its blue colour to the oceans covering more than 70% of its surface. These oceans absorb the Sun’s rays, regulate the temperature of the atmosphere, capture carbon, transport heat via currents, and produce by evaporation the clouds that bring us rain, snow and freshwater. They are in large part responsible for the emergence of life on this planet, and the guarantors of its survival. But with the disruption of Earth’s climate, we are eyeing the oceans’ health with increasing concern and their role must be defined in greater depth. We need to understand these underlying mechanisms and what is causing them to spiral out of control. To do that, we have to shift our scale of analysis from the wider global picture to local micro-phenomena. This is precisely the goal of the French-U.S. SWOT mission. Packed with technological innovations in altimetry and interferometry, SWOT is set to advance our understanding of the full water cycle with a number of firsts. In the field of hydrology, it’s going to establish the first-ever inventory of surface waters, measuring water heights and discharges, gauging global freshwater stocks and monitoring the drying up of lakes and water courses. In the field of oceanography, with a resolution ten times better than current technologies, it will enable fine-scale observations spanning hundreds to tens of kilometres of ocean eddies, filaments and their interactions, thus refining our knowledge and prediction models. And thanks to its radar interferometer instrument, SWOT will let scientists study the hydrodynamics of complex coastal zones for the first time. Readily integrated with existing products, SWOT data are going to enhance our climate models and help us to better predict and prepare for the impacts of climate change—a matter that concerns us all.
I hope you enjoy reading this issue of Cnesmag.