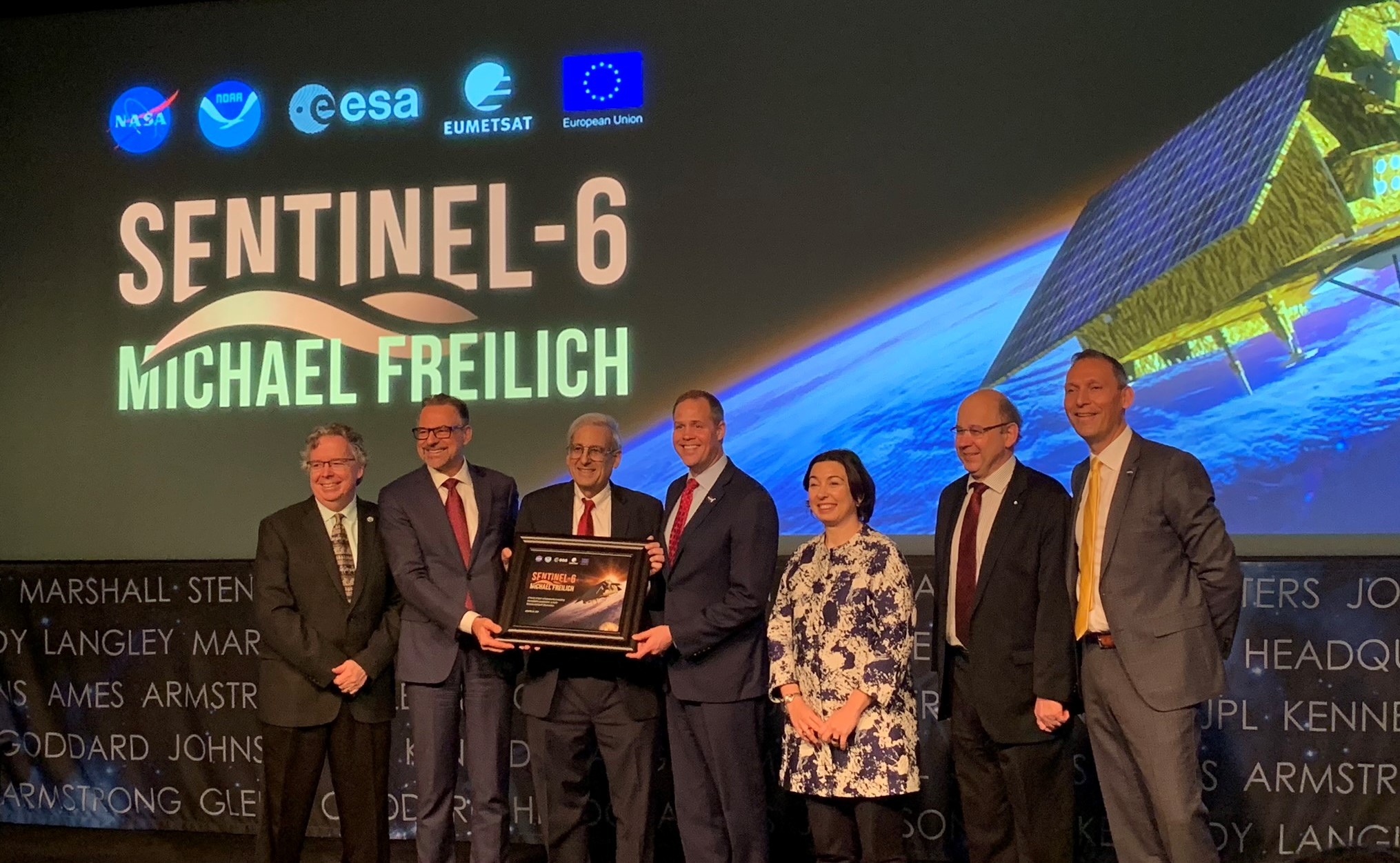 Michael Freilich passed away on Wednesday 5 August 2020 at the age of 66. He began his career as an oceanographer, with a particular interest in space data on oceanic winds.

Michael Freilich passed away on Wednesday 5 August 2020 at the age of 66. He began his career as an oceanographer, with a particular interest in space data on oceanic winds. He was the architect of an intense and fruitful collaboration between CNES and NASA in Earth observation during his tenure from 2006 to 2018. He worked ceaselessly on Nadir radar altimetry and the operational transition to Jason-3 with NOAA / EUMETSAT, now part of the Copernicus programme. He was an advocate of innovation with the Surface Water and Ocean Topography (SWOT) satellite, scheduled to launch next year, and its extension into hydrology — a real feat of technology paving the way for the altimetry of the future. He championed the CALIPSO long-duration lidar mission, part of the A-Train constellation and now part of the C-Train with the CloudSat spacecraft. Michael Freilich was also the prime driver of numerous bilateral cooperations with ESA, JAXA, ISRO and the CSA.

CNES President Jean-Yves Le Gall and everyone at CNES shares in the grief felt by Michael Freilich’s family, friends and colleagues. Mr Le Gall said: “All of CNES feels a strong sense of sadness and emotion at the passing of Michael Freilich. We pay tribute to his commitment to international cooperation, which is very important to us at CNES, his involvement in the Committee on Earth Observation Satellites (CEOS) at multilateral level and his engagement with a real sense of trust in the bilateral collaborations. We also pay tribute to his actions for science, with the Jason, CALIPSO and SWOT programmes, which are remarkable, reflected in the dynamism of the teams supported by CNES and NASA, bringing together the best expertise in the field and delivering unparalleled products and data. I am sure that his legacy will continue to live on for many years to come.”