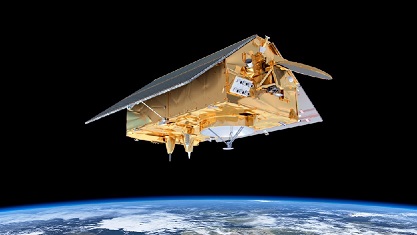 Almost 30 years ago, CNES and NASA embarked on the endeavour of measuring mean sea level with a high degree of accuracy, launching the ambitious TOPEX/Poseidon mission that soon accomplished and even exceeded its goals.

Almost 30 years ago, CNES and NASA embarked on the endeavour of measuring mean sea level with a high degree of accuracy, launching the ambitious TOPEX/Poseidon mission that soon accomplished and even exceeded its goals. CNES developed the Poseidon radar altimeter and DORIS precise orbit determination instrument for this mission. To assure continuity of sea surface height data, the two partner agencies subsequently pursued this fruitful collaboration with the Jason-1, Jason-2 and Jason-3 missions, the latter sent aloft in 2016.

CNES and NASA hitched a science team to the project in its early development phase and have built a strong and well-structured scientific community over the years. The technologies employed by CNES have proved their utility, helping French manufacturers to thrive and support future satellite altimetry programmes.

CNES next decided to assist operational agencies and extend the record of sea surface height data beyond Jason-3 with the same level of performance. Eumetsat thus worked with ESA to conceive the Sentinel-6 mission, for which the first satellite is soon set to operate in tandem with Jason-3.

This satellite will survey the topography of 95% of the globe’s ice-free oceans every 10 days, acquiring key data for operational oceanography and climate research. As sea level rise is a key indicator of climate change, monitoring it precisely through several decades is vital to further climate science, inform policy decisions and protect populations living in high-risk low-lying regions. CNES will be characterizing Sentinel-6 Michael Freilich data and validating the mission’s performance, and supporting efforts to sustain the gold-standard mission beyond 2030.

The next challenge awaiting CNES is the SWOT mission also developed with its partner NASA. This joint mission will foster new applications in the fields of oceanography and hydrology, clearing the way for high-resolution wide-swath altimetry.

Newer Post
ActInSpace® 2020: despite the global health crisis, 2,300 people participated in the hackathon! Next step: the finals in 2021!
Older Post
CNES at the Paris Peace Forum