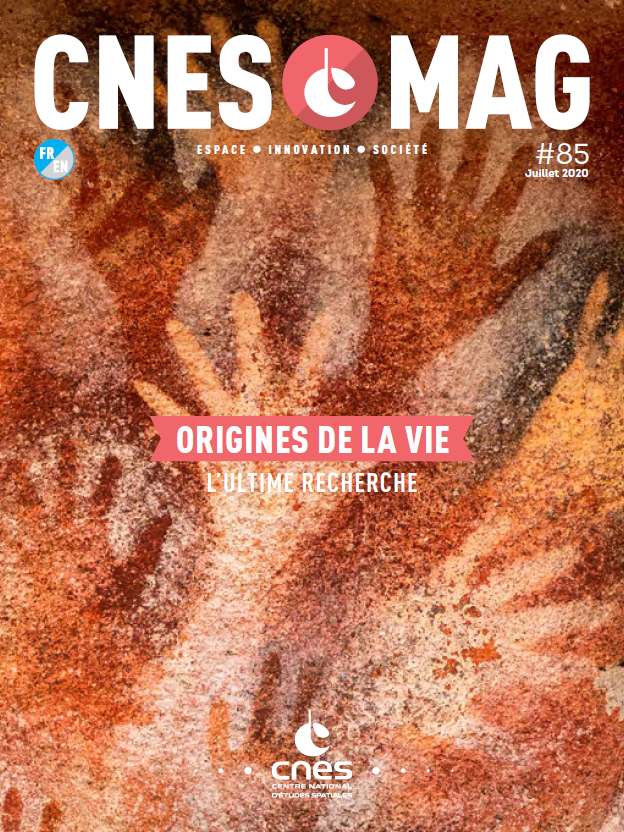 The 85th edition of CNESMAG is dedicated to the quest of other life-forms in the Universe.

The 85th edition of CNESMAG is dedicated to the quest of other life-forms in the Universe.

Where is life’s place in the picture? Where did life come from? Are we alone in the universe? These two closely related questions have reached beyond the realm of philosophy and are now being subjected to scientific investigation in more precise terms. Attempting to answer them is like putting together a jigsaw puzzle in which each piece lies at the end of a treasure hunt. This summer, three space missions—Hope for the United Arab Emirates, Tianwen 1 for China and Mars 2020 Perseverance for the United States—are set to depart for Mars in search of new clues to solve this rebus. Others are in preparation, notably ExoMars to be launched by Europe and Russia in 2022 and the Mars Sample Return mission by Europe and the United States towards the end of this decade. Thanks to the sum of talents of the scientists, engineers and technicians working in our research laboratories, agencies and private firms, Europe and France are pivotal players in this fantastic quest to discover our origins and, in the final analysis, reveal the reasons behind our existence. As you will see in this issue of CNESMAG, large space telescopes, planetary exploration and in the months ahead in-depth study of Mars are set to deliver unique new insights into this ultimate enigma.