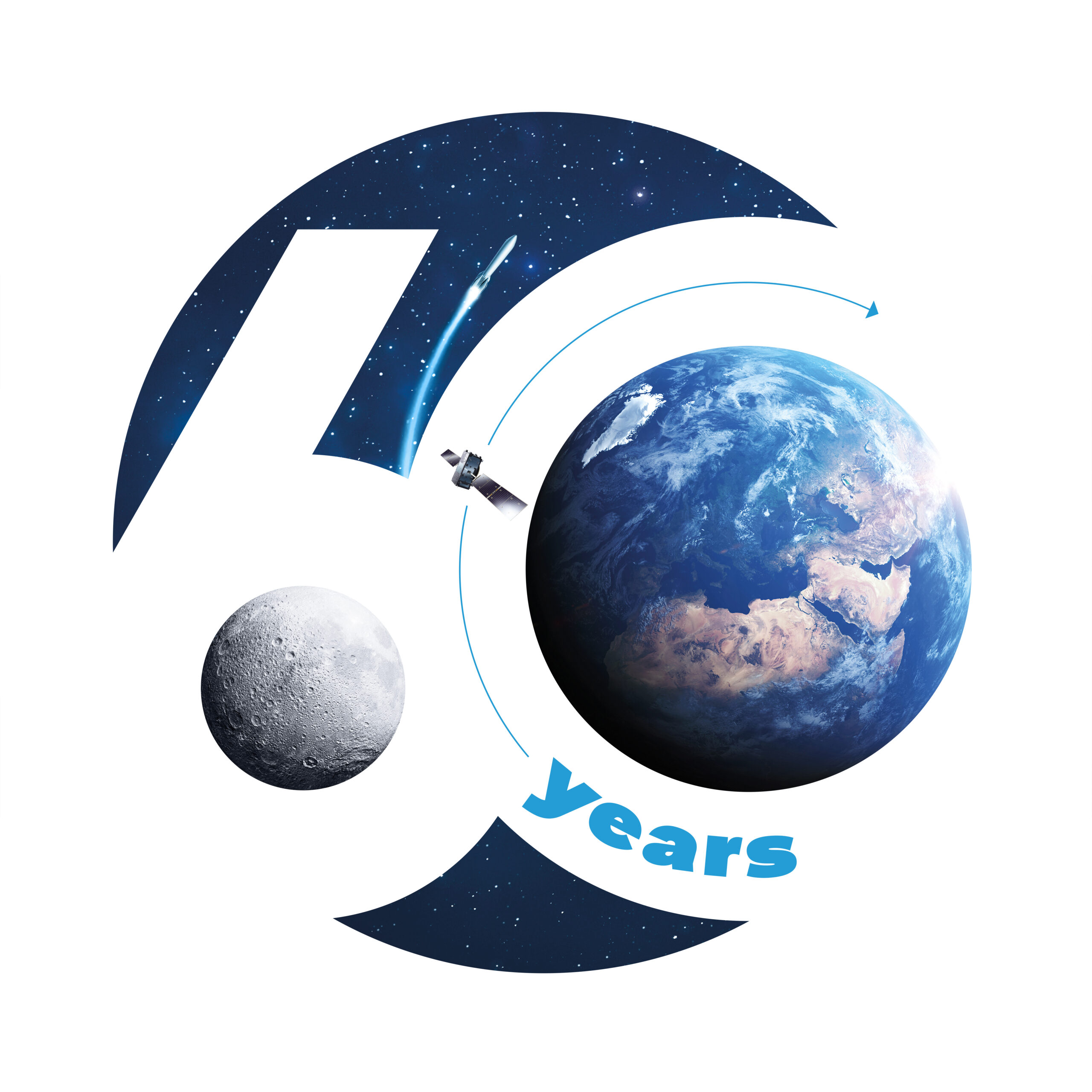 Tuesday 11 January, CNES Chairman & CEO Philippe Baptiste presented his New Year wishes to the press, hailing journalists’ unstinting efforts covering science and space, and explaining the stakes driving this sector to citizens. He then proceeded to review the standouts set to mark this year for CNES as it celebrates the 60th anniversary of its inception.

Tuesday 11 January, CNES Chairman & CEO Philippe Baptiste presented his New Year wishes to the press, hailing journalists’ unstinting efforts covering science and space, and explaining the stakes driving this sector to citizens. He then proceeded to review the standouts set to mark this year for CNES as it celebrates the 60th anniversary of its inception.

Every five years, the government and CNES chart the course of the nation’s space strategy through the agency’s Objectives and Performance Contract (OPC). Under the banner of New Spaces, the OPC for 2022-2025 comes at a time when space is once again seeing increased competition and innovation in the fields of science and technology. Sovereignty, climate science, scientific cooperation and economic competition will subsequently form the four strategic pillars of France’s space policy.

To accomplish its mission to conduct space activities on behalf of the government, CNES receives funding from multiple sources. In 2022, the agency’s budget remains high, confirming the strong priority given to space in a tight budget environment. It stands at €2,566 million, covering France’s €1,184 million contribution to ESA, €740 million for the national space programme, €558 million from CNES’s own resources and €29 million from the government’s PIA future investment programme.

To support a quick and lasting recovery for the French economy hard hit by the Covid-19 health crisis, the government has deployed an exceptional stimulus plan worth €100 billion. Under this plan’s Competitiveness budget line, more than €365 million in new funding is being injected across the French space industry through CNES. After three initial lines for contracts in 2021 via calls for projects, this year will see the nanosatellites plan come to fruition to bolster and structure this emerging ecosystem. Projects selected will be required to demonstrate or flight-prove innovative equipment by no later than mid-2023.

Out of the €30 billion to be deployed over five years under the government’s France 2030 investment plan, €1.5 billion devoted to space will from this year be supporting reusable mini-launchers, microsatellites and minisatellites, constellations and technology and service innovations.

Europe’s independent space launch capability is vital to preserve its sovereignty. With Ariane 6 set to make its maiden flight this year, CNES’s number one goal working alongside the programme’s manufacturers is to ensure its commercial success in a fiercely competitive market. Better adapted to the latest generations of satellites and with a restartable upper stage capability, Ariane 6 will reduce launch costs by 40% compared to Ariane 5. 2022 will also see Vega-C increase its lift capacity by half and lower its cost. Laying the groundwork for the future, the very-low-cost Prometheus engine has started testing on the stand, while Callisto will soon be testing the utility of returning and reusing a launcher stage with a flight profile similar to that of the first stage of a real launcher. This engine and stage will equip the Themis reusable demonstrator, the first article of which will be assembled this year for take-off and landing tests.

In four years, three fleets of eight satellites in total have been deployed to strengthen France’s military space capability. As the host centre in Toulouse of the Space Command founded in 2019, CNES is more than ever working alongside the French defence community. In 2022, the military will be fully deploying new satellites with CSO-3, CERES and Syracuse 4B, which will be its eyes, ears and voice. Space Command will also be repeating the AsterX exercise to test its ability to keep France’s satellites safe from threats.

In the field of scientific cooperation, 2021 was marked by ESA astronaut Thomas Pesquet’s Alpha mission, during which he performed no fewer than 200 experiments, a dozen of which were conceived and monitored by CNES. 2022 is going to be just as prolific. Having already proved themselves on CNES’s Eyesat nanosat and on 100 OneWeb satellites, the CASPEX cameras will be heading with the Emirati Rashid rover to land on the Moon later this year. In 2024, a pair of identical imaging cameras will depart on the MMX rover built in partnership with DLR and JAXA to observe Mars’ moon Phobos up close. And the second phase of the European ExoMars mission will be launching this autumn to conduct exobiology investigations on the red planet. At the end of this month, the James Webb Space Telescope (JWST) will be settling into orbit around the L2 Lagrange point and ramping up to start operations by mid-year. This year will also see publication of the third catalogue from the European Gaia satellite, revealing consolidated data—like distance, mass, velocity and temperature—on 1.8 billion stars in the Milky Way.

In a warming world where the environment is under strong pressure, satellite-based Earth observation has never been more vital. All around the globe, territories need tools to inform their policies for coping with climate change. This is the goal of the international Space Climate Observatory (SCO) initiative. By the middle of this year, its 36 members will be enshrining their commitments to tackling climate change when they sign the International SCO Charter, which they have drafted together under the aegis of UNOOSA. The United States also signalled its intention to join this initiative at the end of last year. On the programme front, the French-U.S. Surface Water and Ocean Topography (SWOT) mission will be sent aloft from California. Two balloon flight campaigns, Strateole-2 and Strato-Science, will also be surveying the skies in 2022 to probe the atmosphere up to an altitude of 40 kilometres.

All-electric satellites have revolutionized space telecommunications, a shift that CNES has anticipated through its support for French manufacturers, notably its Electrification and NEOSAT programmes funded by the government’s PIA future investment programme. After the launch late last year of SES-17 and Syracuse IVA, 2022 will see the launches of Eutelsat Konnect VHTS, Amazonas Nexus and Eutelsat 10B, three satellites built around Thales Alenia Space’s Spacebus-Neo platform, while HotBird 13F will be the first satellite based on Airbus Defence & Space’s Eurostar NEO spacecraft bus.

Satellite data fuel development of new services that are revolutionizing how we live and work, and this will be even more the case in the future. With its public and private partners, CNES’s role is to qualify these data and ease access and uptake across all sectors. During the course of this year, three more satellites are scheduled to join the Galileo constellation, which already numbers 22 operational satellites and more than a billion users worldwide. With these new additions, the free open service will be ready to deliver its full capability. Launched in the second half of this year, NƐSS will provide global surveillance of civil radiofrequency spectrum and analyse sources of jamming. The Argos system, operated by CLS subsidiary Kineis in Toulouse, and its transmitters support numerous applications. In 2022, the first two instruments of the next Argos 4 generation will be sent into orbit with the Oceansat3 (ISRO) and HopS (NOAA/USAF) satellites, designed for marine biology and ocean-observing and monitoring applications.

Rising to the challenge of New Space, CNES is engaging several initiatives to support and develop the French and European space industry base. The Connect by CNES programme is fostering exchanges between the world of space and other sectors. In 2022, it will continue to support the downstream sector and the environment, mobility and health domains. Led by Karista, CosmiCapital is an innovation investment fund with €38 million at its disposal designed to nurture French and European New Space champions. It is being funded notably by CNES, as its initiator, and by the FNA 2 seed fund managed on behalf of the government by public investment bank Bpifrance under the PIA future investment programme, and in partnership with the European Space Agency (ESA). Initiated and co-managed by CNES and Bundeswehr University Munich (UniBw), the SpaceFounders programme is supporting the best and brightest European space tech start-ups. In 2022, two classes of ten start-ups each will be receiving ten weeks of coaching and support in Toulouse and Munich.

In conclusion, France will be focused on space in 2022 with numerous events and rendezvous throughout the year. With CNES, alongside its overseeing ministries, the French Presidency of the European Union will revolve around the three notions of “recovery, power and belonging” to build a stronger and more sovereign Europe. France has made digital technologies and applications a top priority, as well as strengthening Europe’s ability to defend its interests, including in space. This year, CNES takes over the presidency of the Committee on Earth Observation Satellites (CEOS), guiding its mission to ensure international coordination of civil Earth-observation programmes and promote sharing of data and indicators to meet the challenges facing society and inform decisions. On 16 and 17 February, Toulouse will be hosting three key rendezvous for European space: the Space Economy Forum, the Copernicus Symposium and the European Space Summit, bringing together policymakers from the EU, ESA and its member states. Later in the year, the 73rd International Astronautical Congress (IAC) will be taking place in Paris at the Porte de Versailles from 18-22 September, while space ministers from the 22 ESA member states will be convening, also in Paris, on 22 and 23 November for the agency’s Ministerial Conference. The ministers will be signing up to fund new programmes for 2023-2025 in the key areas of access to space, exploration, Earth observation, navigation, telecommunications, safety and security, and the mandatory science programme.

Newer Post
Discover The Graduates of Excellence Taught in French or English in Lille and Obtain a Scholarship
Older Post
Genopole Evry (France) and its partners are launching the 1st ApogeeBio international call for postdoctoral fellowship.