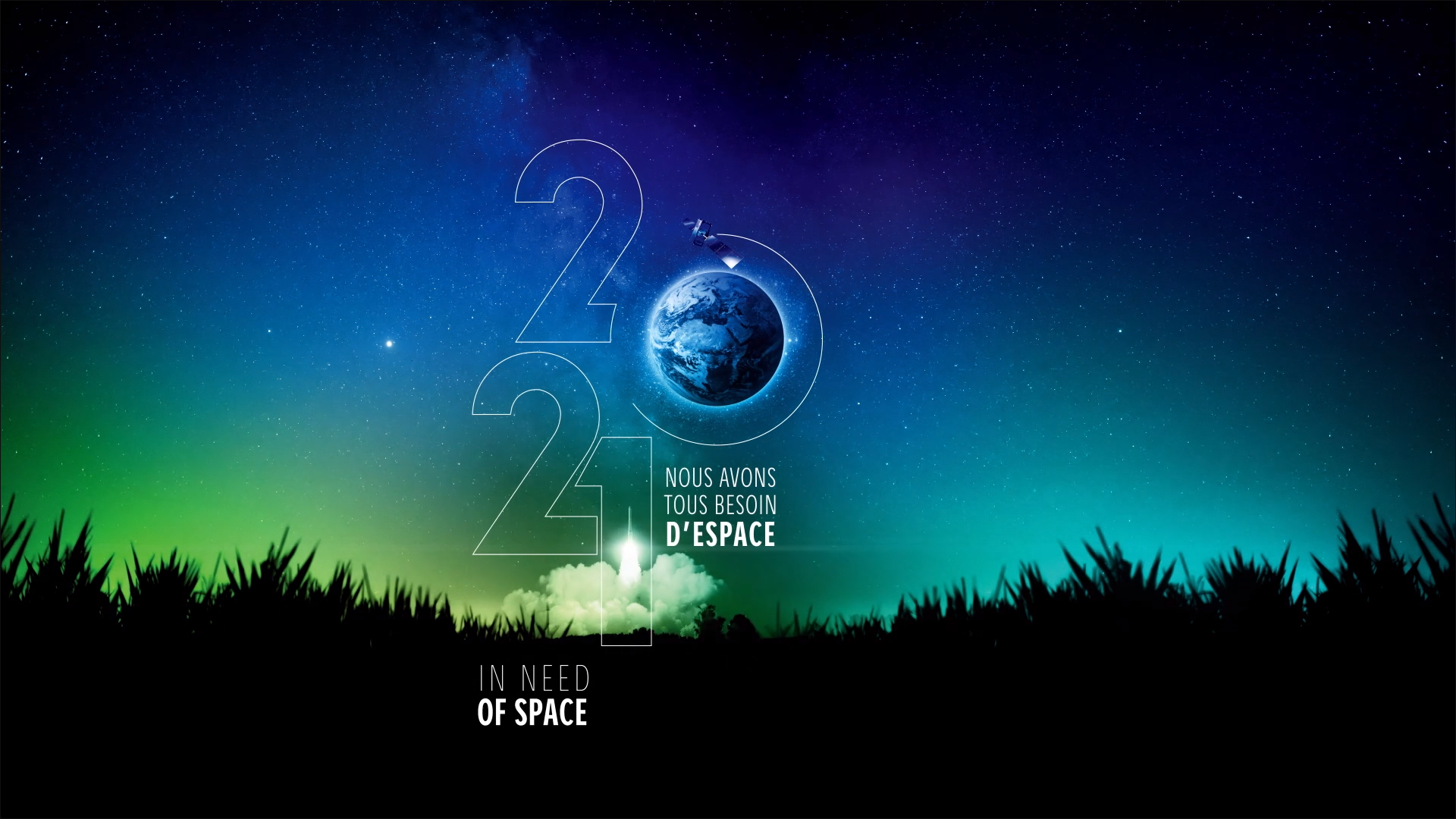 Tuesday 5 January, CNES President Jean-Yves Le Gall presented his New Year wishes to the press, hailing the unstinting efforts of journalists in raising the profile of space and bringing its stakes to the attention of citizens. After underlining the role of CNES’s three overseeing ministries—the Ministry of the Economy, Finance and the Recovery, the Ministry of the Armed Forces and the Ministry of Higher Education, Research and Innovation—he reviewed the past year’s highlights and presented the key events and milestones awaiting the agency in the year ahead

To accomplish its mission to conduct space activities on behalf of the government, CNES receives funding from the budget lines provided for in its Objectives and Performance Contract (OPC), from the government’s PIA future investment programme and Recovery Plan, and from external sources for programmes where it has delegated responsibility. The agency’s budget for 2021 thus stands at €2,335 million, comprising France’s contribution to ESA of €1,075 million, €719 million for the national space programme, €495 million from CNES’s own resources and €46 million from the PIA.

Preserving Europe’s independent space launch capability is vital to continue inventing the future of space. Combined tests of Ariane 6 are poised to go ahead. A dress rehearsal is planned before the first flight from the unique ELA-4 launch complex in 2022. CNES is laying plans for a flexible and reusable launch system to cut production costs, built around the new-generation Prometheus engine that will begin testing in 2021. The approach is both pragmatic and economic, predicated on a programme of increasingly ambitious technology demonstrators, with the FROG platform, Callisto and the Themis test stage providing a strong development base.

Space-based tools are finding applications in our daily lives and have great business potential. CNES is tailoring its strategies to meet this challenge and is directly involved in key projects like the European Union’s Galileo positioning constellation, to which two new satellites are set to be added in the third quarter of this year. The agency is also supporting innovation through Kineis, a firm developing its eponymous constellation dedicated to the Internet of Things (IoT). The Connect by CNES programme, meanwhile, offers expertise in space data and technologies, promoting their uptake with French Tech innovators and a range of industry sectors.

In its dual capacity as space agency and technical field centre, CNES is uniquely positioned to serve strategic military needs. In 2021, the new Space Command (CDE), under the authority of the French Air and Space Force, will continue to establish itself at the Toulouse Space Centre. The CDE will ultimately be staffed by a cadre of 400 military personnel by 2025, tasked with federating and coordinating the nation’s military space assets, conducting military space operations and helping to shape military space policy. The CSO satellites form the core of our optical intelligence-gathering ecosystem. The constellation’s deployment is being pursued with the entry into service of CSO-2, capable of acquiring super-resolution imagery at low altitude. This year will also see the launch of the trio of CERES signals intelligence satellites. These spacecraft will constitute the first orbital system of its kind in Europe designed to detect and locate electromagnetic emissions. Lastly, secure communications are the backbone of any military strategy and CNES, in partnership with the French defence procurement agency DGA, is working on the Syracuse programme set to debut a new generation of satellites in 2021 with the launch of Syracuse IV-A.

Solar system exploration and the study of the universe are undoubtedly the domains where international cooperation is the most mature. ESA’s Solar Orbiter mission, to which CNES is contributing, will begin acquiring science data as it approaches to within 40 million kilometres of the Sun and becomes the first space probe to observe its poles directly. The tiny particles collected from asteroid Ryugu by Japan’s Hayabusa2 mission will be the subject of extensive scientific investigation this year. In addition to collecting samples, this mission set down the French-German MASCOT rover on the asteroid. Analysis of the dust brought back to Earth will be compared to readings obtained by MASCOT’s instruments. The PHARAO cold-atom clock, one of the tools most eagerly awaited by scientists the world over, will also be taking flight this year.

It could be said that CNES has been committed to studying our planet and its changing climate ever since its inception. The agency is playing an active part in responding to this key challenge of the 21st century, working to support concrete actions like the Space Climate Observatory (SCO), to which 27 space agencies and governmental organizations have already signed up. In 2021, the Hemera-3 and Strateole-2 scientific balloon flight campaigns will enable research into Earth’s upper atmosphere, while Sentinel-6A will begin sending back its first ocean topography data.

2021 will be a year of innovation both in Europe and worldwide. As part of an international partnership with the United States, the Perseverance Mars rover is scheduled to set down on the surface of Mars on 18 February. The French SuperCam instrument is a core element of this mission. This spring, ESA astronaut Thomas Pesquet from France will fly to the International Space Station (ISS). In France, teams at the CADMOS centre for the development of microgravity applications and space operations and at the MEDES space clinic are ready to support this new six-month mission. There will be 14 French scientific experiments on the station. The maiden launch of Vega-C, the first major upgrade to the latest in the line of Europe’s launchers, is also scheduled this year. This launcher’s increased performance will give it an extra edge in a fiercely competitive marketplace. The launch of the James Webb Space Telescope (JWST) by Ariane 5 will be a bellwether event for space astronomy in 2021. And lastly, the future of the Guiana Space Centre (CSG) is assured through the CSG New Generation programme that got the go-ahead at the end of 2019 at ESA’s Ministerial Conference in Seville. This programme will refurbish the launch base’s infrastructures and utilities while upgrading facilities and operational processes.

On 19 December 2021, CNES will be marking the 60th anniversary of its inception. Looking ahead to this milestone event, Jean-Yves Le Gall paid special tribute to all the women and men that over the last 60 years have enabled CNES to adapt continuously to its environment and make it the unique agency it is today, driven by its passion for space and its excellence serving France for the benefit of the nation’s space industry and its defence and research communities.