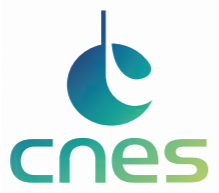 CNES is playing a pivotal role addressing the key public, private, industrial and scientific challenges of our time.

Before looking back on the past year and forward to what lies ahead, 2020 has started with a global crisis brought on by the COVID-19 outbreak. What measures has CNES taken in response to this and how is it marshalling its skills and resources to support front-line medical teams?
The global crisis we are going through is unprecedented, and like many organizations CNES is following government guidance and has transitioned to teleworking while maintaining its technical and operational activities. Our response plan does however require some people to be physically present on site and all steps have been taken to ensure they can do their jobs safely. CNES is also supporting the national effort to ease the pressure on our hospital staff, thanks first and foremost to the commitment of our employees who I would like to thank most warmly for their initiative and innovation. In Toulouse, our engineers have been working in fablab mode to design and prototype vital medical devices. We have also given 90,000 protective face masks, as well as gowns, goggles and ponchos to medical professionals, while in French Guiana we are helping to provide logistic support for the distribution of stocks of face masks.

2019 was a stellar year for space, both operationally with the results from SEIS, the launch of ANGELS and the positioning of CSO-1, and with major events such as the International Paris Air Show at Le Bourget, the creation of the Space Climate Observatory (SCO), the Science Survey Seminar and the Space19+ ESA ministerial conference. What conclusions do you draw from what was a particularly prolific year?
2019 was indeed a great year in every sense, with some fine scientific, operational and programmatic successes. Our partnerships and the major events you mention show that CNES is playing a pivotal role addressing the key public, private, industrial, scientific and academic challenges of our time. That is how we are building a future shaped by our past successes, current programmes and the decisions we are making for tomorrow. As an agency guided by a keen sense of social responsibility, CNES is fully committed to implementing far-reaching public policies like the Agenda 2030 for Sustainable Development and the Paris Agreement to curb global warming. To this end, we launched the SCO at Le Bourget in the presence of President Macron with its first 25 signatories from all over the world.

Space19+ set a new ambition for Europe’s space programme, as member states signed up to contribute €14 billion in funding for the coming years. Can you detail for us the main outlines of this historic conference and France’s role in it?
The Space19+ conference in Seville at the end of November was a giant leap for Europe, as the decisions taken there far exceeded our expectations. Its success will make Europe’s space programme stronger, more ambitious, more innovative, more responsible and more competitive. With this unprecedented budget commitment from its member states, ESA is now in a position to secure its long-term independent launch capability, continue to support a world-class solar system exploration programme and maintain the European space industry’s competitive edge. The priorities France had set over the last year and more with its national partners, augmented by the French-German agreement of 16 October 2019, were fully met. France will therefore be sustaining its driving role in spacefaring Europe through a strong funding contribution and by defending its independence with flagship projects like those to boost the competitiveness of Ariane 6 and Vega-C, to develop technology building blocks for future launchers with the Prometheus engine and the refurbishment of the Guiana Space Centre.

With developments like the Kineis constellation dedicated to the Internet of Things and the siting of Space Command at the Toulouse Space centre, new paradigms are beginning to emerge. How do you see these shifts that appear to be blurring previously clear-cut lines between public/private, civil/military and upstream/downstream sectors?
Recent years have brought deep transformations in the space sector, in terms of production, usages, stakeholders and costs. Combined with the digital revolution, NewSpace is unquestionably driving paradigm shifts towards cheaper, more accessible and more effective space solutions. CNES has shown great agility in responding rapidly to these shifts through its active role in nurturing a national commercial nanosatellite industry. This new capability proved its value immediately with the Kineis constellation made possible by the biggest round of funding ever seen in Europe for a space system. At the same time, space is becoming an increasingly strategic sector as it begins to reach a wider audience. To assure the surveillance and protection of France’s space assets, President Macron outlined a new military space strategy on 13 July 2019, leading to the creation of a new Space Command set up by the Minister of Armed Forces at the Toulouse Space Centre, which operates France’s military satellites. Besides this operational role, a strong dual-use rationale has always underpinned everything CNES does.

CNES’s five-yearly Science Survey Seminar is instrumental in shaping the agency’s projects. What main trends emerged from the latest seminar?
The 2019 Science Survey Seminar held in Le Havre reviewed the remarkable achievements of the last five years that have left an indelible mark on our space science community, while underlining the equally exciting prospects for 2020-2024. To accomplish these ambitions, we need to make progress in certain cross-cutting domains that are key to building our knowledge base. CNES will therefore be fostering production of value-added data, technological innovation and collaboration with international partners and between organizations and academia. This momentum absolutely has to be sustained to strengthen ‘team space France’ and continue to defend our industry in the international arena. Space sciences are essential to the vibrancy and visibility of space activities in France. They are central to CNES’s programmatic strategy and to the positions France is advocating within ESA and the European Union. They are also a pillar of our bilateral collaborations and partnerships with the United States, China, India, Japan and Russia, with exciting and ambitious prospects for advancing scientific knowledge and serving citizens.

In July 2020, the Mars 2020 mission and its Perseverance rover will be setting out for the red planet. What is CNES’s role in this prime science mission?
While for human exploration the Moon is a stepping stone in which CNES is set to play a key role, Mars is the ultimate goal. In the field of robotic exploration of the solar system, the expertise of the French scientific community and CNES is world renowned. It was as a result of a NASA call for ideas that the SuperCam project was selected to be on the Perseverance rover departing in 2020. SuperCam is a camera with a laser designed to probe the geology of soil and rocks on the surface of Mars. It will thus help scientists in their quest to find fossil traces of ancient microbial life there. Also, the SEIS seismometer on the InSight lander that arrived on the red planet on 26 November 2018 has enabled important advances in our knowledge. Overseen by CNES, this extraordinary instrument was conceived and developed entirely by French scientists and engineers. Towards the end of 2019, SEIS obtained the first-ever recording of a seismic event on Mars and it has since been detecting two seismic signals a day. The mission science team now has its fingers crossed for the “big one”.

A final comment?
I would like to pay tribute to all of the people at CNES who from 16 March 2020 transitioned to working from home as a result of the COVID-19 lockdown. These are difficult times for everyone, but they have continued to carry out their mission for the nation and its citizens, and for that I want to thank them most warmly!