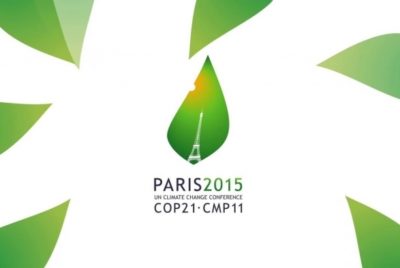 The New Delhi Declaration officially came into effect Monday 16 May, translating the intent of the world’s space agencies to support the Paris Agreement reached at the COP21 climate conference. This declaration is a first, having achieved consensus across the global space community. More than 60 nations have signed up to work together to establish an international, independent system for estimating and curbing global greenhouse gas emissions based on accepted data.

Following on from the historic agreement sealed on 12 December 2015 in Paris, the world’s space agencies officially committed to throw their full weight behind efforts to combat global warming and another important milestone was reached on Monday 16 May when the New Delhi Declaration came into effect. Submitted for approval to heads of space agencies in New Delhi on 3 April by ISRO Chairman A.S. Kiran Kumar and CNES President Jean-Yves Le Gall, this declaration is the result of a long-haul effort undertaken since the start of last year to prepare the COP21 space agenda. A first step was made in October 2015 with the Mexico Declaration, which stated that “heads of space agencies recognize the tremendous contribution of satellites to climate change studies and disaster management support, and express their determination to enhance their efforts to strengthen the role of space in these fields in support of political decisions to be taken at the COP21 in Paris.” This declaration acknowledged the need for an independent measuring system as a vital contribution to efforts to tackle climate change. The COP21 subsequently highlighted to the world the key role of satellites in studying and preserving Earth’s climate.

After the gathering in New Delhi, Mr Kiran Kumar and Mr Le Gall submitted a Declaration to heads of space agencies. This declaration, which came into effect on Monday 16 May, marks a real first uniting the international space community’s efforts to tackle climate change. The New Delhi Declaration calls notably for evolving space-based operational tools combining in-situ measurements and increased computing resources. To this end, space agencies will need to develop new technologies and encourage their research community to contribute actively with new models. Success will depend above all on cooperation to cross-calibrate instruments and validate their measurements. Certain satellites are already paving the way like GOSAT for JAXA and OCO-2 for NASA, and in the near future TANSAT for China, the Copernicus programme’s Sentinel series and of course MERLIN for CNES and DLR, and MicroCarb for CNES.