[JWST] Relive an exceptional panel on the largest telescope ever launched 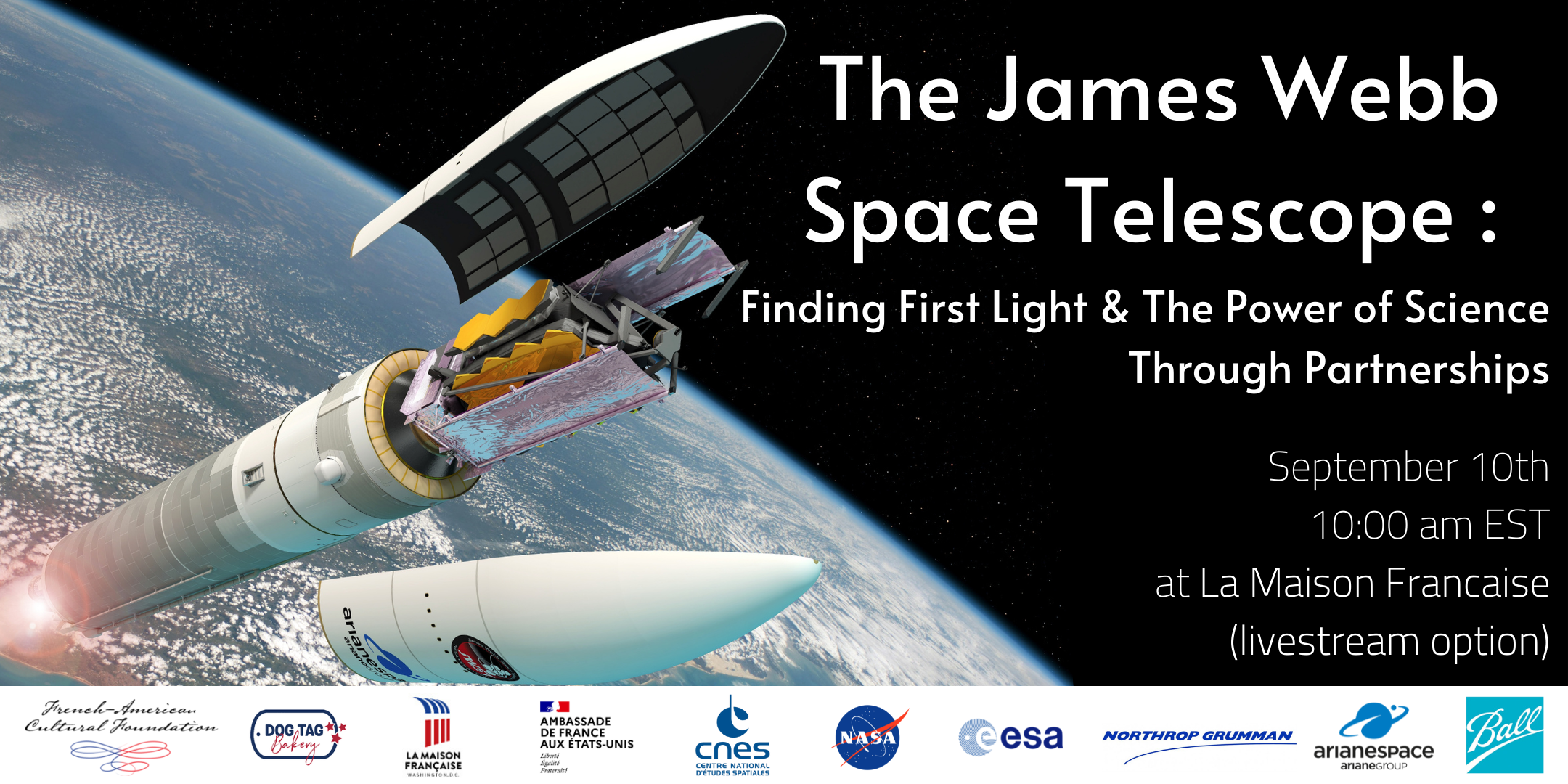 As the James Webb Space Telescope (JWST) is excepted to be launched from the European Spaceport in Kourou (French Guiana) by the end of the year, the French Embassy in Washington D.C. has partnered with the French-Cultural American Foundation (F-ACF) to propose you an exceptional panel dedicated to the largest telescope ever launched into orbit. You can now (re)watch this event on YouTube!

The French Embassy in Washington D.C. and the French-American Cultural Foundation (F-ACF) set up an exceptional space event dedicated to the James Webb Space Telescope (JWST) on September 10th.

Proud successor of the well-known Hubble space telescope, JWST is one of the biggest and most challenging space programs of the last 30 years. It is scheduled to be launched by an Ariane 5 from the European Spaceport in French Guiana by the end of the year. JWST will allow us to go back further in time by observing the formation of the very first galaxies (about 300 million years after the Big Bang), learn more about the formation of our Universe and our origins, and surely raise questions that we don’t even know yet.

Moderated by Christian Davenport, Space and Defense reporter for the Washington Post, this symposium brought together six exceptional panelists from NASA, ESA, Arianespace and U.S. industries representing the space community deeply involved in the JWST program for almost 30 years:

You can now (re)watch this event again on YouTube :

Enjoy the discussion and see you on December 18th for the launch !