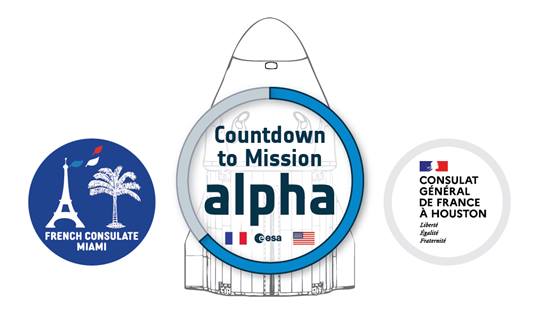 On April 22, Thomas Pesquet will return to the International Space Station (ISS) aboard a SpaceX Falcon 9 launched from Cape Canaveral. In view of this historic event, an exceptional webinar gathering His Excellency the French Ambassador in the United States and key space players will be held on April 13 at 11am EST.

As we approach Thomas Pesquet’s launch from Cape Canaveral to the International Space Station (ISS) on April 22th, the French Consulate in Miami is organizing on April 13th 11:00am EST (5:00pm GMT) a unique webinar about France, Europe and US cooperation in Space.

This panel will gather key players in both space and diplomacy to discuss the European Space Agency (ESA) Alpha Mission, multilateral space cooperation and the participation of private companies in the space adventure.
Brendan BYRNE, space reporter for WMFE and NPR radio, will be joined by this impressive panel list:

To participate in this exceptional event, free registration on Eventbrite: https://www.eventbrite.com/e/webinar-bringing-international-space-cooperation-to-the-next-level-tickets-149374506169. 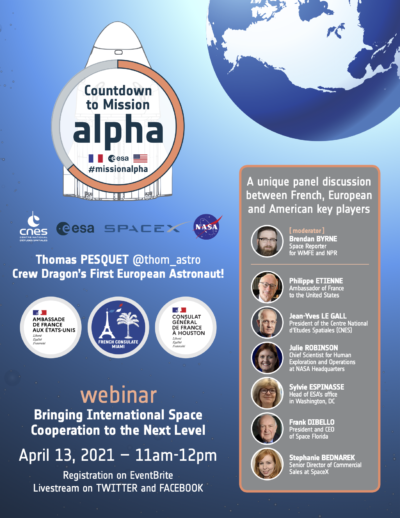 Newer Post
PHD offers financed by the University of Clermont Auvergne.
Older Post
Energy Observer, the first round the world hydrogen-powered vessel about to arrive in California!