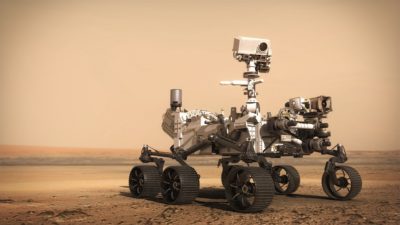 Thursday 11 February, CNES President Jean-Yves Le Gall held a videoconference meeting with Steve Jurczyk, recently appointed Acting Administrator of NASA after the investiture of President Joe Biden on 20 January. The purpose of this meeting requested by NASA was to continue its close partnership with CNES and to review the transition period underway in the United States and its impacts on NASA’s organization and programmes.

Steve Jurczyk reported the new appointments to key positions at NASA. After congratulating his counterpart, Jean-Yves Le Gall recalled the 60-year partnership between the two agencies and lauded France’s involvement in the milestone events set to mark the U.S. space programme this year, notably the imminent 18 February landing of the Perseverance rover on Mars, the departure of French ESA astronaut Thomas Pesquet aboard the Crew Dragon in April and the launch of the James Webb Space Telescope (JWST) from the Guiana Space Centre at the end of the year.

NASA’s Acting Administrator confirmed his commitment to pursuing the major programmes set in train by the previous U.S. administration, especially in space exploration. Jean-Yves Le Gall pointed to France’s pivotal role in the Artemis programme through ESA with the ESPRIT module for the Lunar Gateway, and in the Mars Sample Return (MSR) programme with the Earth Return Orbiter (ERO).

Climate concerns being a key pillar of President Joe Biden’s policy, CNES’s President emphasized how France has long played a prime role in this area. He thus invited his NASA counterpart to join the 27 international space agencies and organizations that have signed up to the Declaration of Interest in the Space Climate Observatory (SCO), for which an international governance charter will be presented at the COP26 conference in Glasgow in November.