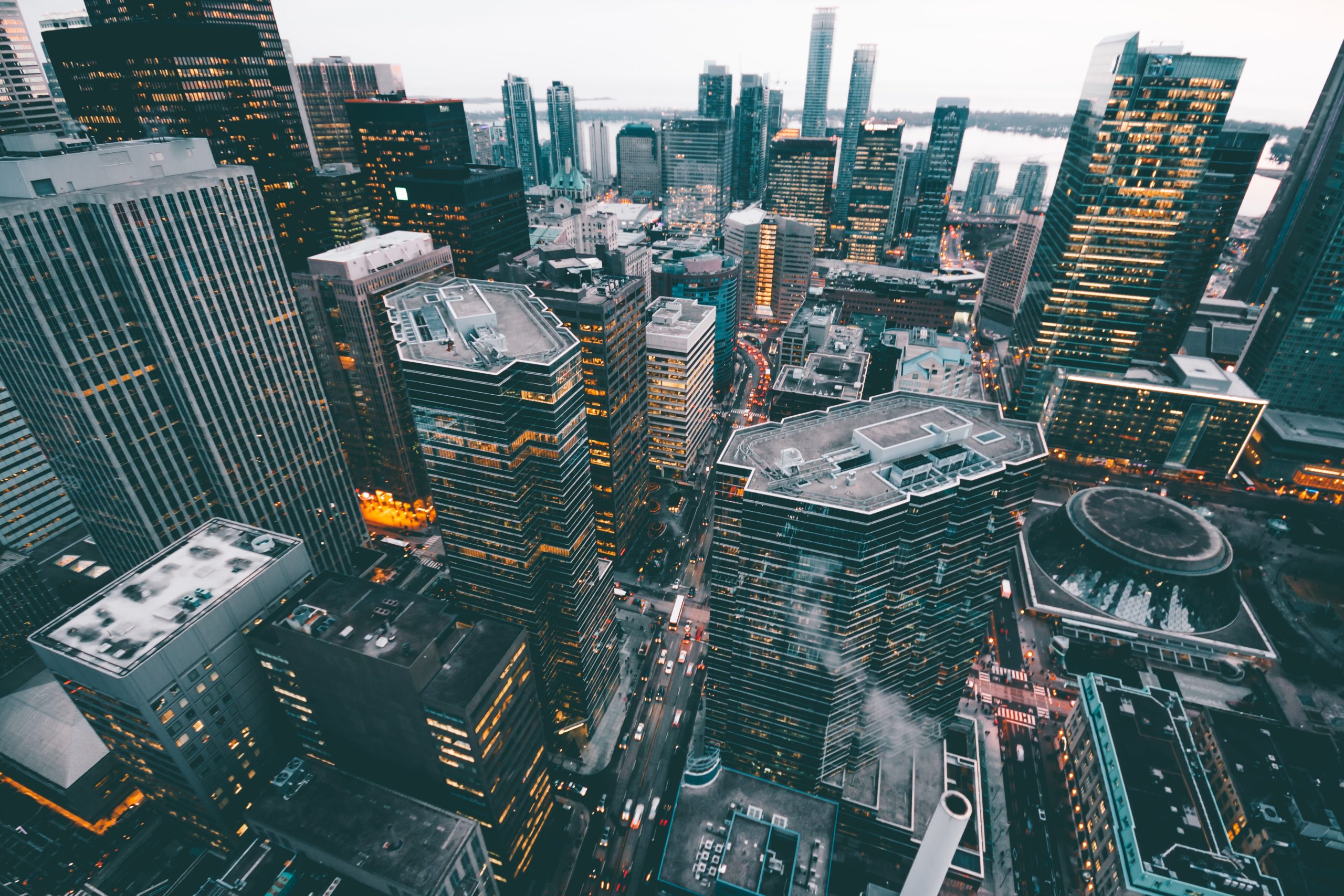 March 23. The Office for Science and Technology is launching a Transatlantic Network for Young Professionals and Researchers on the Cities of Tomorrow. The first meeting will be on innovative water management in cities, how to build trust in water governance?

[The next public webinar of the series FAID Cities of Tomorrow will be held on April 8th at 11:00-13:00 (EST) and will focus on Water Management in Cities. You can register here on the Eventbrite platform.]

In the last few months since the first webinar, we have been discussing with many colleagues from both the US and France on opportunities for collaboration and on different aspects regarding the development of cities and the interaction between citizens and technology. Many different topics are emerging that are complex and interrelated, and it seems that there would be great benefits in more interactions between the two sides of the Atlantic.

The Office for Science and Technology proposes to seize this growing momentum and expand the Cities of Tomorrow initiative by launching and supporting a Transatlantic Network for Young Professionals and Researchers involved in topics of urban development. The network would help bring recognition to the role played by promising scholars and professionals working in these fields, provide a space for continued discussions on the future of cities, and also be an opportunity for peers to connect across the Atlantic.

To draw a parallel with the next public webinar, the first edition of the Junior Transatlantic Colloquium will tackle the difficult issue of how to build trust in water governance. This meeting will be held on Tuesday, March 23 at 11am-1pm (EST). This first meeting and the next ones that will cover other topics are open to all PhD students, young researchers or professionals who want to join the network.

[See details about the network and register at : https://france-science.com/cities-of-tomorrow/.]

This first edition will be an opportunity to open the dialogue on a crucial topic but also to get to know each other and prepare further sessions some of which might go deeper into the same subjects or explore other aspects of the future of cities.

After a short introduction by the French Embassy, three young researchers will present their work (about 10 minutes each, see abstracts below) and launch a discussion with the other participants on how to build trust in water governance. The second hour will be dedicated to a more global interaction to determine the next topics to be addressed in the colloquium.

A French-American perspective on innovative water management in cities, how to build trust in water governance?

Catching the rain to challenge traditional water management: the radical roots of an alternative water supply in Tucson, Arizona – by Anne-Lise Boyer, Ph.D. 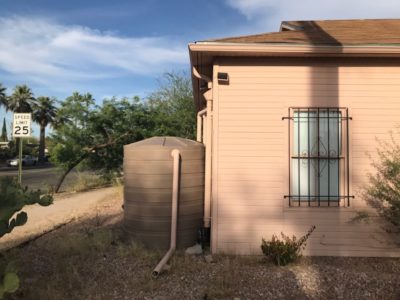 Since the early 2000s, water conservation policies and technologies have been growing features of urban water governance. This presentation focuses on the implementation of rainwater harvesting techniques in Tucson, Arizona and questions how it could modify the way water circulates through a complex system of infrastructures, norms, and social relations (i.e. the hydrosocial cycle) in the arid Southwest of the United States. In the context of climate change, the hydrosocial cycle in Tucson, based on large infrastructures and managed by powerful federal and state agencies, is threatened by a water shortage on the Colorado River and has become a controversial issue in the public debate. The implementation of rainwater harvesting in Tucson is the outcome of two different processes. On the one hand, rainwater harvesting is promoted by grassroots environmentalist groups as a critique of the current regional hydrosocial cycle whose operations reflect an extractivist and productivist approach to natural resources. On the other hand, it has become a fix supported by the city to diversify its water portfolio and sustain the urban quality of life. In both cases, the decentralized, small- scale and low-tech systems of rainwater harvesting help materializing the urban circulation of water and therefore places water issues at the core of desert city dwellers’ concerns.

Anne-Lise Boyer is a research fellow at the University of Lyon, France for the research unit Environment, City, Society (UMR 5600). She defended her Ph.D. dissertation entitled “From the oasis-city to the desert-city: Urban adaptation to water scarcity in Phoenix and Tucson (Arizona)” at the Ecole Normale Supérieure de Lyon’s Department of Geography in December 2020.  Drawing on the tools of political ecology, her research focuses on intensive and extractivist forms of exploitation of nature, especially those that serve the process of urbanization. 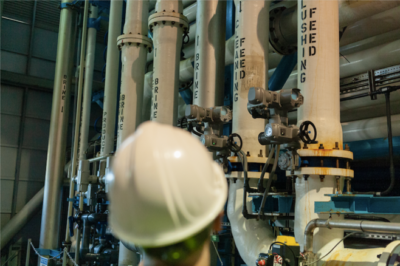 Urban water governance has been a core area of interest in the recent wave of political ecology scholarship. As a rhetorical tool, the environmental justice frame is often a key feature of successful grassroots mobilization against the uneven distribution of environmental risks, as well as political representation. But what happens when this discursive framework is called into question – when the most basic features of its established definition are fractured? My research highlights how desalination (the process of turning ocean water into drinking water), while technologically sound, has social effects to which we must attend. I will briefly discuss the fragmentation of the environmental justice frame in this case, and how it can be located in financial logics. “Project finance,” combined with an emphasis on “performance-based contracts” for water is consequential and distinct from the more widely known neoliberal privatization paradigm. Therefore, this research contributes to sociological and public policy discussions about industrial infrastructure siting struggles. Importantly, this presentation will begin to explore how scholars, activists, and decision-makers must attend to how environmental politics and inequalities must be taken seriously if, as a society, we are to explore the possibilities of greater trust in the governance of water and the potential for synergies between the public and private sectors.

Brian O’Neill is a doctoral candidate in Sociology at the University of Illinois at Urbana-Champaign and the Université de la Sorbonne Nouvelle Paris 3, and the Centre de Recherche et de Documentation sur les Amériques. Working at the nexus of environmental sociology and political ecology, his research focuses on environmental politics, social movements, industrial practices, and financialization. Specifically, his interest lies in water politics and large-scale urban water supply technologies. His work has appeared in venues such as The Journal of World-Systems Research, The Sociological Quarterly, International Sociology Reviews, Berkeley Journal of Sociology, Natural Areas Journal, among others.

A Water Market for Growing Cities in the Arizona Desert – by Rebecca F.A. Bernat 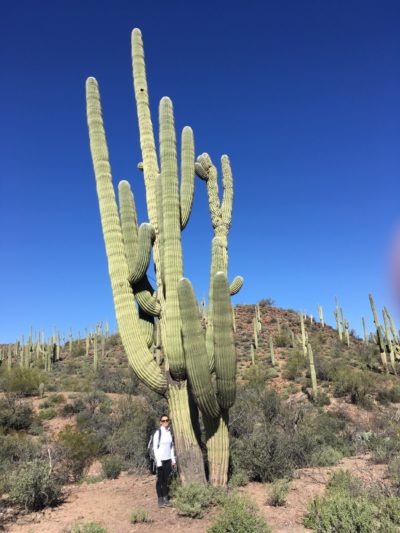 The state of Arizona has created a unique water management tool in response to water scarcity and population growth. In 1994, Arizona’s state legislature authorized the creation of water credits through managed aquifer recharge with Colorado River water or effluent. This presentation will show how an emerging market for water credits helps municipalities and the Central Arizona Groundwater Replenishment District achieve their water policy goals in urban areas.

Rebecca Bernat is a doctoral candidate in the Department of Environmental Science at The University of Arizona. Her dissertation research focuses on three different aspects involving managed aquifer recharge: the Central Arizona Groundwater Replenishment District, the reuse of effluent, and market-based transactions of long-term storage credits. Rebecca holds a M.S. in Environmental Science from the Université Aix-Marseille, France and a B.S. in Chemistry from the Université Paris Sud XI, France. She worked as a chemist for Ortec Générale de Dépollution in Aix-en-Provence, the French Atomic Commission in Paris, the Research and Development Institute of New Caledonia, and L’Oreal Paris. Rebecca is a member of P.E.O., a philanthropic organization that provides educational opportunities for women in the US and Canada through loans, grants, and scholarships.