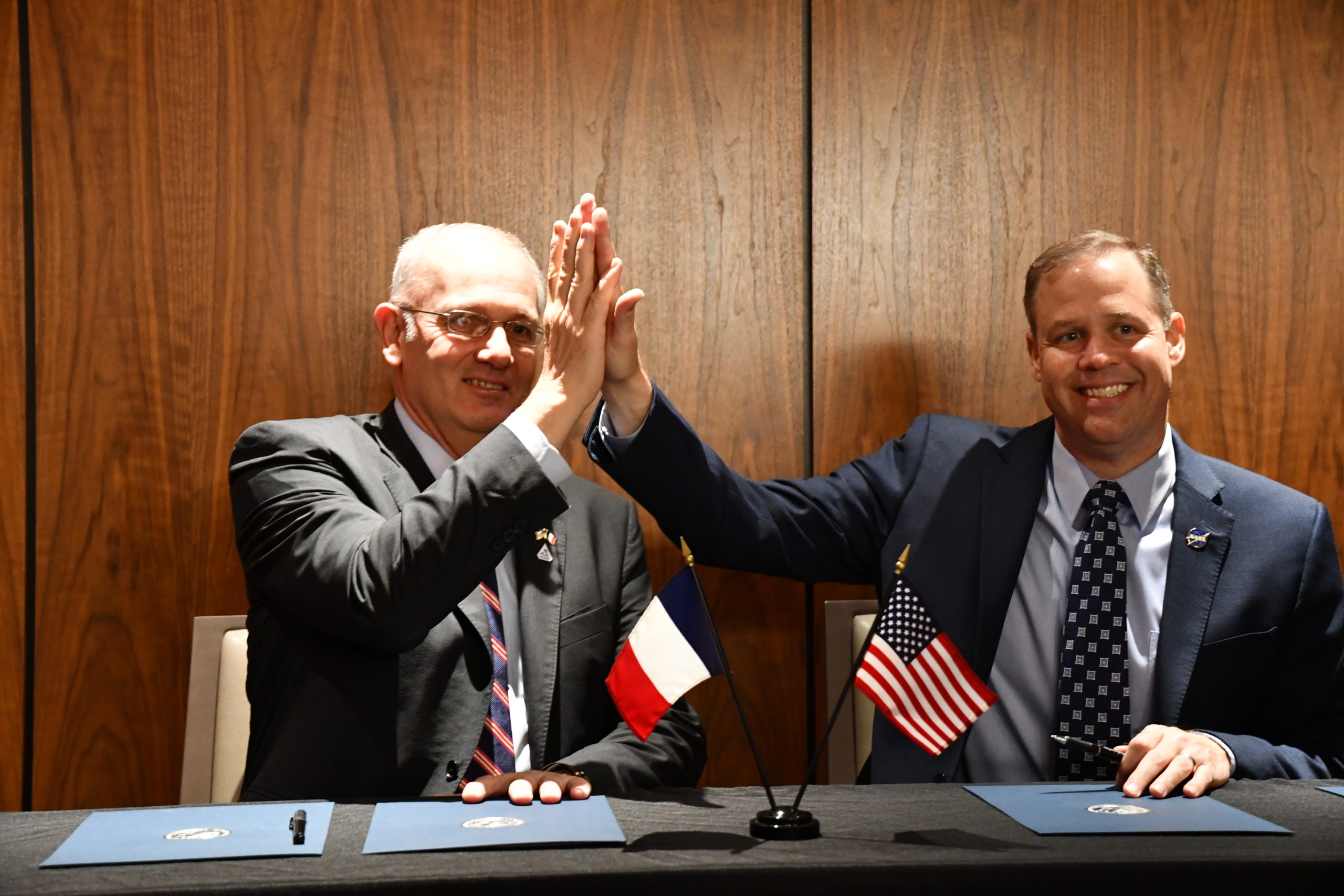 Tuesday 9 June, 15 heads of space agencies from around the world took part at the invitation of NASA in a virtual meeting to share their views on advances in human and robotic space exploration.

Tuesday 9 June, 15 heads of space agencies from around the world — Australia, Canada, ESA, France, Germany, India, Israel, Italy, Japan, Luxembourg, New Zealand, Russia, South Korea, the United Arab Emirates and the United Kingdom — took part at the invitation of NASA in a virtual meeting to share their views on advances in human and robotic space exploration. Due to the restrictions imposed by the COVID-19 pandemic, this meeting could not be held as it is every year at the Space Symposium in Colorado Springs, initially scheduled end March. The agency heads reviewed International Space Station (ISS) operations, Mars exploration and in particular international partnerships for the Artemis lunar exploration programme.

Since the adoption in 2017 of Space Policy Directive-1 (SPD-1) by the U.S. administration and NASA, the commercial sector has received strong institutional support that is boosting a renewed space exploration effort in the United States. Over the last two months, the United States has launched a number of bilateral initiatives to consolidate the legal and technical framework governing development of commercial activities in low Earth orbit (LEO) and deep space, appropriation of in-space resources and crewed exploration of the Moon with international partners.

During today’s meeting, CNES President Jean-Yves Le Gall underlined what France is doing through ESA programmes and multilateral collaborations. Robotic and human exploration of the Moon and robotic missions to Mars and asteroids are of great scientific and technical value and will pave the way for human exploration of Mars. From a science perspective, the priorities of CNES’s exploration activities—for planetology, exobiology and microgravity—are set by its Science Programmes Committee (CPS).

Jean-Yves Le Gall then pointed to the leading role that France’s space industry is playing in the Artemis programme, in particular as prime contractor for the ESPRIT module of the future Lunar Gateway. This includes the development of technologies like the refuelling and communications systems, as well as the supply of equipment for the I-HAB habitation module. He emphasized France’s extensive expertise contributing to Mars exploration, through its historic involvement in large-scale programmes like Curiosity, InSight and Mars 2020-Perseverance. Mars offers a great deal of value for the French scientific community and the national industry is also playing a prime role in the Mars Sample Return (MSR) programme as prime contractor for the Earth Return Orbiter (ERO).

CNES’s President also reiterated the agency’s attachment to ESA’s commitment in 2016 to Europe’s continuing involvement in operating the ISS through to 2024 and in preparing its future, notably its commercial use from now to 2030.